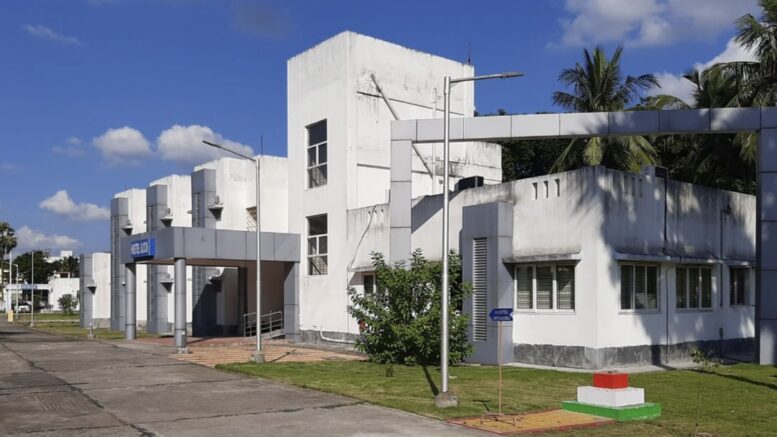 Kalyani: Bengal government would soon begin research and development on new road construction mechanisms for the rural areas in the state to ensure the construction of durable roads of international standards.

Since the implementation of the new mechanism through research output has become mandatory in at least 15% of road works under PMGSY (renamed in Bengal as Bangla Gram Sadak Yojana) (BGSY), state panchayat minister Subrata Mukherjee checked its preparedness when he visited the laboratory wing of the institute in Kalyani on Thursday.

The training unit of the institute become functional earlier. However, the operation of the laboratory wing delayed apparently due to the Covid situation even though the required infrastructure with installations of the machinery were completed well in time. “A major change in the use of technology and mechanism has occurred in road construction. We cannot remain silent even after watching the change and the development. Our aim is to evolve the best suitable mechanism using modern technology through research works. Our engineers will conduct the research in the laboratory here and develop the mechanism for successful implementation of their outputs in the road works project in the rural areas”, said an official of the WBSEDA.

“We have already implemented some new mechanism using polythene in bitumen to provide a waterproof effect on the blacktop of the road and launching cold mix bitumen plant. But, research work can bring more effective new mechanisms to suit the needs and geographical condition”, an officer said.

Build with the financial support of the Asian Development Bank on an area spanned over 7.38 Sq. Km in B block of Kalyani town, the RCTRC is equipped with machinery like compression testing machine, core cutting machine, water distillation unit, rebound hammer, saybolt viscometer apparatus, skid resistance machine, ductibility test unit, soil testing unit, sieve analysis unit and many others other facilities. On the other hand the training unit for the engineers include faculty rooms, conference room, class room, guest house, kitchen and gymnasium.

Officials attached to the centre said the centre would tie up with other institution in the field for optimum research and training output.

Minister Subrata Mukherjee visited the laboratory, checked the functions of the machinery and talked to the officials in charge of the centre.

“Our target is to ensure maximum use of the research centre and its infrastructure. Not just the panchayat department, rather PWD authorities will be benefitted from this centre. This centre and its research wing will help to construct durable roads and at the same time reduced the negligence level of the engineers as well”.