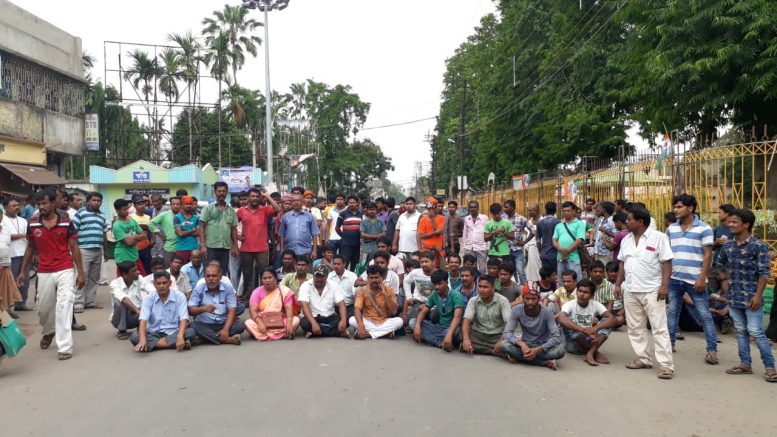 Santipur, May 24: A BJP leader was shot dead at his home in Methirdanagar village of Haripur area of Santipur late on Wednesday night because he refused to join Trinamul Congress as instructed by some local Trinamul activists. The bizarre incident occurred when the leader was preparing for the night’s sleep a little before midnight.

A gang of four miscreants allegedly having close allegiance with Trinamul Congress had took a forced entry inside the residence of Biplab Sikdar (49), a booth committee president and shot him at least three rounds from close range killing him on the spot in front of his wife and daughter. The deceased was an expert in colouring cotton made yarn. Police have acted quickly and arrested prime accused Sentu Biswas, Rathin Debnath and Amar Halder. The other accused Amit Biswas, however, managed to flee. Police have started a suo moto murder case.

Police said, the bizarre incident occurred at about 11.50pm a little after he took his dinner. Victim’s son Sufal said, “My father was threatened on several occasions by Rathin and other miscreants who recently joined Trinamul Congress. The threat increased after panchayat poll was declared. As a result he used to stay outside home during the night. He returned tonight. The assailants became aware of his return and punished him for refusing to join Trinamul”.