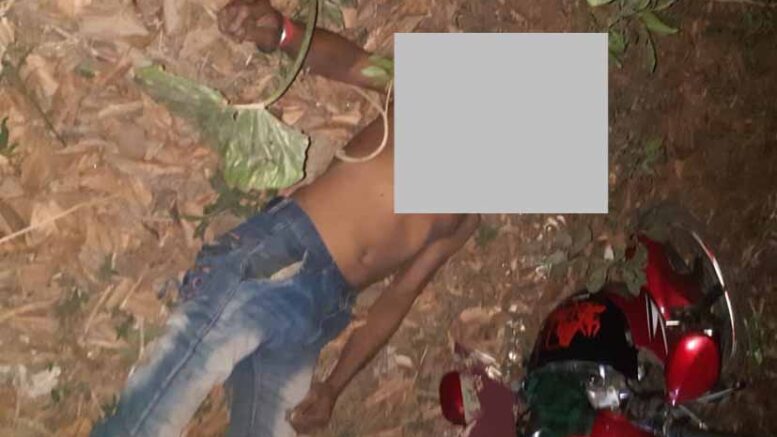 Hogolberia (Nadia), March 16: A BJP worker was found dead under mysterious circumstances in Nadia’s Hogolberia during the early hours of Tuesday.

The deceased Biswajit Das (32), a resident of Char Meghna, was lying unconscious near a market with marks of strangulation around his neck. Some unidentified persons took him to a quack in the area. But soon Das was taken to Karimpur rural hospital where he was declared dead.

The BJP leadership has alleged that Das was killed in a planned manner by miscreants with suspected Trinamul links. Hogolberia police have begun a probe on the basis of a complaint lodged by victim’s wife Champa Biswas. In her complaint, she has accused unidentified Trinamul Congress workers for the murder.

Family and local sources said that Biswajit was allegedly attacked by some Trinamul workers when returning home after attending a local market where he went to sale banana.

“He was a quite passionate BJP activist and played a key role in developing support base of the party. We suspect that the Trinamul workers who organized a meeting in Rajapur market last afternoon had attacked him on his way back home. He was beaten up with hard objects and eventually strangulated”, said victim’s wife Champa Biswas.

Sudipta Mandal, general secretary of BJP’s Hogolberia mandal committee said, “Trinamul has been desperately trying to unleash terror among the people, particularly among the BJP activists in the area ahead of the assembly poll being afraid of a defeat. We suspect murder of Biswajit is a part of that strategy, which would, however, be successful”.