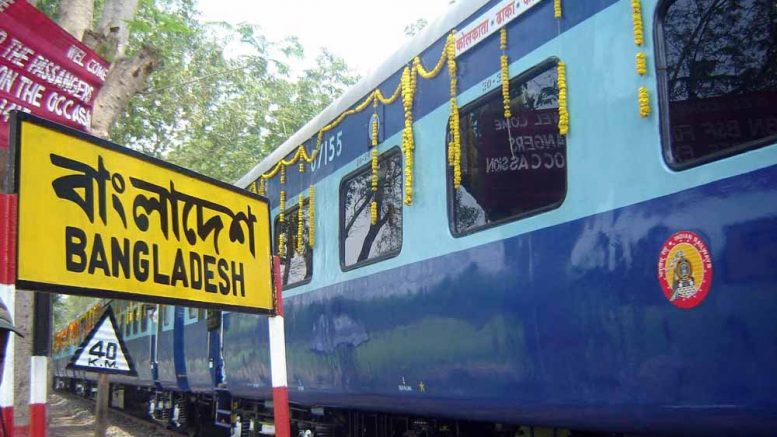 Gede, Jan. 22: A 35 year Bangladeshi woman passenger was allegedly molested by a Border Security Force jawan at gun point on board in Dhaka bound Maitree Express on Monday morning. Government Railway Police (GRP) authorities have started a case against the accused BSF jawan, attached to the 99-Battalion for making physical contact with the woman and advances with explicit sexual overtures.

GRP sources said that the accused jawan has been identified. However, he was not arrested so far.

A senior GRP officer in Kolkata said: “We have received a complaint and started a case against the jawan under section 354(a) of the IPC”.

If found guilty, the jawan will be punished with imprisonment for a period of one year along with fine.

At present both Kolkata-Dhaka Maitree Express and Kolkata-Khulna Bandhan Express manned by BSF personnel replacing the RPF team as per decision of the centre.

Today the weird incident that caused much embarrassment to the Indian Railways authorities occurred at about 7.30am near Barrackpur station when the jawan allegedly took a forced entry into a wash room already occupied by the woman and molested her. The woman was injured as she fell on the ground while jostling to escape from the clutches of the jawan. She lost a nose stud on the way and eventually raised an alarm to alert her husband and two other relatives travelling with her in the coach-A of the train.

The incident angered the passengers which mostly include Bangladeshi nationals. Husband of the woman later lodged a complaint with the Travelling Ticket Examiner on board, which he handed over to the station manager of Gede along with his report when the train arrived there at 9.25am. The complaint along with TTE’s report eventually handed over to the GRP inspector of Ranaghat for investigation.

In his complain the woman’s husband has alleged that the jawan made ‘sexual approach’ to his wife threatening her at ‘gun point’.

GRP officers said: “We are trying to contact the woman so as to record and examine her statement”.

The woman, a resident of Dhaka came to Kolkata accompanied by her husband and three other relatives on January 19. Today they were returning to Dhaka by Maitree Express when the incident occurred.

Senior GRP officers refused to make any comment on record about the incident. However, they confirmed the incident and have also acknowledged receiving an “unsigned” complaint through the ‘on-duty’ TTE P.K.Tarafder.

Meanwhile, a BSF officer in Gede said: “We have been appraised about the incident. We would also conduct an inquiry into the matter and take action accordingly”