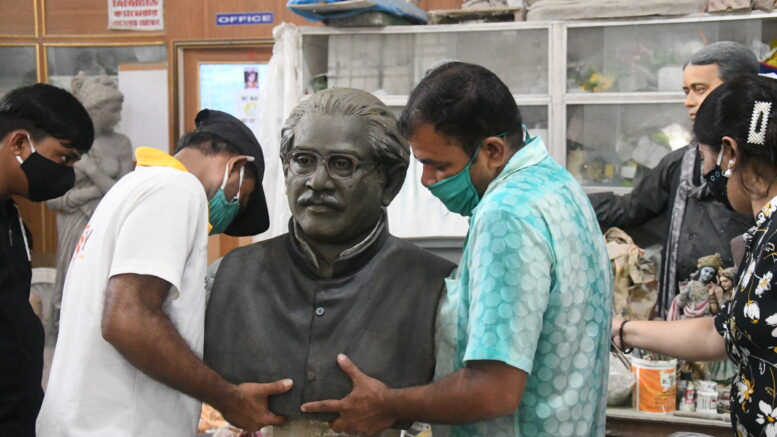 Artisan Subir Pal of Ghurni clay model hub in Nadia’s Krishnanagar has been working on a clay model of slain Bangladeshi Prime Minister Sheikh Mujibur Rahman at his studio for the past couple of months. Once completed the model will be shown to the Bangladesh government authorities for their selection and approval so as to cast a bust of bronze for display at the office of Deputy High Commissioner of Bangladesh in Calcutta. Around four months ago the Pal was asked to make the model for selection by the Bangladesh authorities. A team of officials of the office of the Deputy High Commissioner visited his studio in Ghurni last week when they advised certain corrections. However, their final nod is still pending for approval. Pal said, “It is a great honour for me to make bust of this legendary political person who is known as father figure of Bangladesh”. Picture by Pranab Debnath.