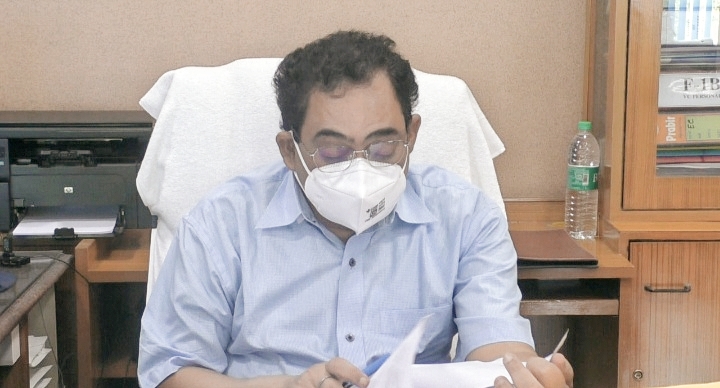 Kalyani, June 27: A lady professor attached to Kalyani University lost Rs.90000 on Sunday as she was duped by a conman who posing as the Vice Chancellor had approached her to buy some gift cards from an eCommerce site by sending a mail through a fake ID allegedly created for the deception.

Since Saturday several other teachers, students and officials were also approached for financial favours in similar ways that prompted the Kalyani University authorities to lodge a police complaint seeking to trace out the person behind the fraudulent act.

Kalyani Police have begun a probe on the basis of a complaint lodged by the University’s Registrar Debansu Ray following Vice Chancellor Professor Manas Kumar Sanyal found on Saturday that a conman has been seeking financial ‘favours’ in his name creating a fake email id in the name of his office.

Professor Biva Kumari of the Hindi department and a resident of Rishra became the immediate victim as she in good faith purchased 12 gift cards @Rs.7500 from an eCommerce site apparently being approached by the Vice Chancellor through the mail.

“I couldn’t imagine the mail as fake and acted on good faith since the gift cards apparently meant to help a child’s trust. ‘He’ also asked me to send the cards to trust. I received three mails from him and bought 12 cards each for Rs.7500 on successive requests. But on the fourth time I became suspicious and expressed my inability. I then called the VC for an apology when he was utterly shocked…” Biva Kumari told The NfN. On Sunday she lodged a complaint with Kalyani police station, which the sleuths have added to the original complaint lodged by the Registrar on Saturday.

Professor Aamalendu Bhunia, Dean of Arts faculty, also approached for similar gift cards. But, he became suspicious and called Professor Sanyal for confirmation. Several other teachers and students received similar requests from the purported mail id (vicechancellormailoffice.in@gmail.com).  But, most of them called the VC for confirmation and managed to avoid the financial loss.

Embarrassed over the incident, the university authority has issued a notification to inform all concerned and appealed not to respond to any such mail if received.

An officer of Kalyani police said, “The Registrar has informed about the incident. The matter will be investigated by the cyber wing team”. The investigating officials are trying to locate the Internet protocol address from where the purported mail was sent.