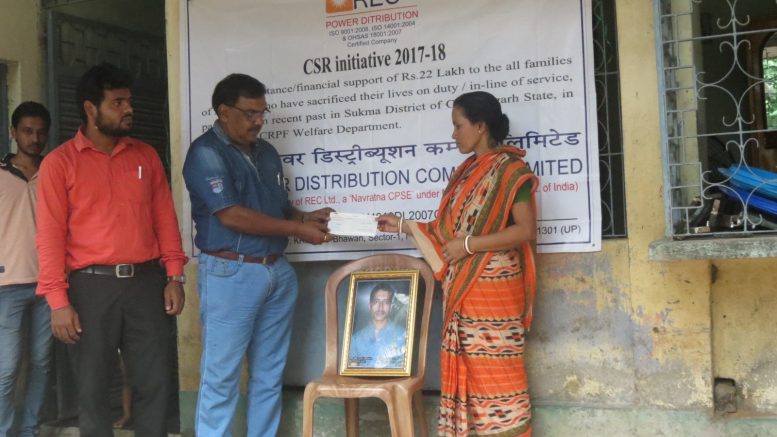 Karimpur, July 4: The REC Power Distribution Company Limited, a ‘Navratna’ Central Public Sector Enterprises under its community social responsibility initiative paid a compensation of Rupees eighty thousand to slain CRPF constable Arup Karmakar, 74-battalion who was killed during indiscriminate firing by Maoist rebels along with 24 other jawans in Sukmadistrict of Chhattisgarh on April 24, 2016. Consultant of the organisation Subhash Kumar Sen said, “We are humbly offering this small financial help to the families of all the 25 slain CRPF jawans who sacrificed their lives as a mark of our tribute to them’. A four member team of the REC PDCL, today visited the house of Arup Karmakar in Abhoypur village of Karimpur and handed over a cheque of Rupees eighty thousand to slain jawan’s mother Chandana Karmakar.