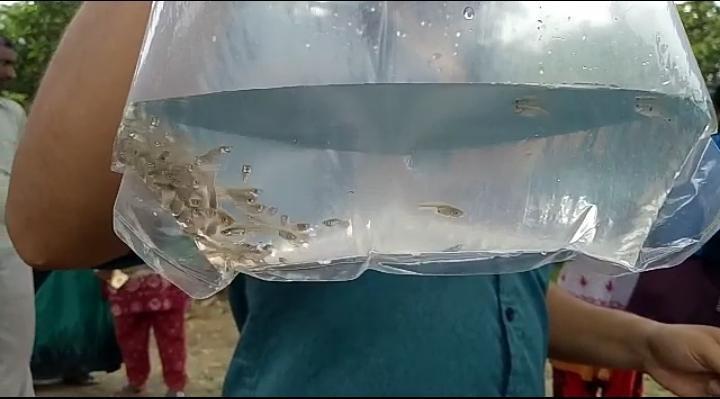 Guppy fish being taken for release in pond

Kalyani, July 3: In a bid to combat any possible outbreak dengue in the town, the Kalyani Municipality on Wednesday released guppy fish in a number of water bodies, drainage, canals, ponds in the town. The initiative is supported by the State Fisheries Department. Chairman of Kalyani Municipality Sushil Talukdar said, “Each of the 21 wards in the town has been given three thousand fishes for release’. In last month the state government decided to supply guppy fish to dengue prone rural and urban areas. The state government with help of State Fisheries Development Corporation distributed guppy fish to several municipalities. “Guppy fish is very effective to combat dengue as it eats the larvae of dengue-transmitting mosquitoes. Our aim is to reduce mosquito population as much as possible lowering the incidence of dengue fever in the localities”, the chairman said.