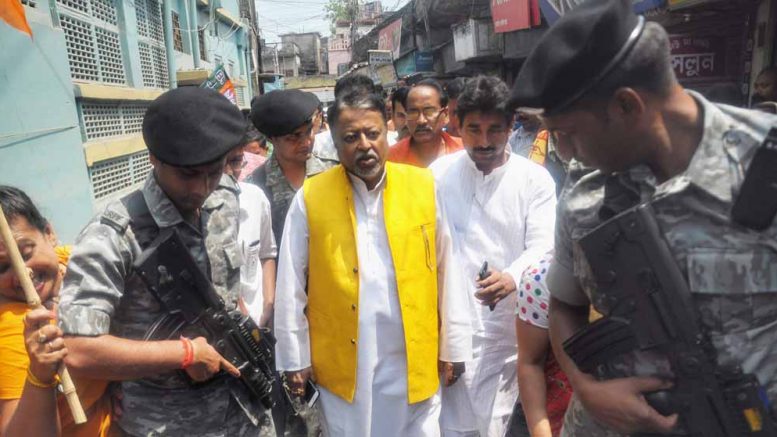 The Krishnaganj MLA was shot dead near his home on February 9 last year when he was watching a cultural event on the occasion of Saraswati puja.

In the initial investigation the CID found nothing against Mukul Roy and BJP MP Jagannath Sarkar and eventually dropped their names as accused. The ACJM court based on the charge sheet issued an order on June 14 last year discharging them of the allegation. However, this irked the original complainant (Milan Ghosh) who filed a revision petition before the court.

On December 16, 2019 the Additional district and session judge Ranaghat set aside the ACJM’s order and allowing the revision appeal issued an order restricting the scope of further investigation.

Members of BJP’s legal team alleged that despite the categorical restriction on any further investigation, the CID continuing the probe to implicate two leaders.

“While setting aside the ACJM’s order (discharging allegation), the ADSJ categorically restricted the scope of further investigation in the wake of revision application. But, the CID purposefully ignored it violating of the court order. We will move High Court to quash this illegal charge sheet”, alleged Suman Roy, Mukul Roy’s counsel.

Reacting to the charge sheet Mukul Roy said, “I am not at all bothered since I have absolute faith on judiciary”.