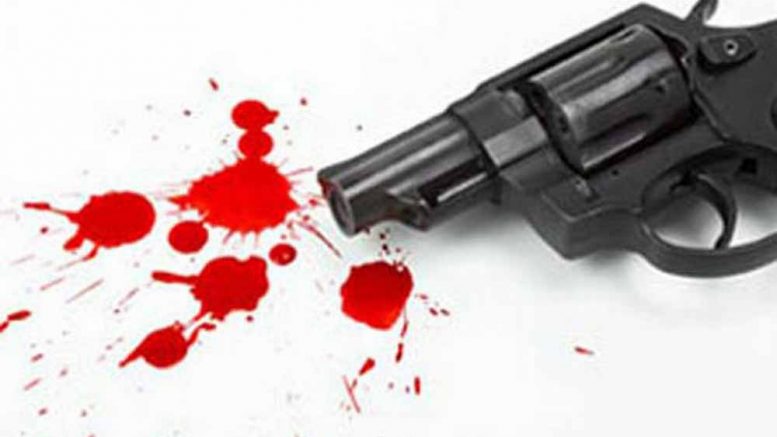 Gayeshpur, Dec. 7: A Trinamul activist from Gayeshpur town was shot dead allegedly by own party men trying to save a BJP activist when he was attacked at gunpoint on Monday night.

Bappa Sarkar, 51, suffered bullet injury below his chest as he literally jumped in to push aside his neighbor Avijit Majumdar, a BJP Shakti-Pramukh, who was the actual target of the miscreants.

The bullet eventually missed the target and hit Sarkar just below his chest. The incident occurred at about 10 pm near his home in Sukantanagar area of the town. He was rushed to JNM Hospital in Kalyani, where doctors declared him dead. The deceased Trinamul activist was a tea stall owner and worked at a canteen on part time basis.

BJP activist Avijit Majumdar said, “Dada lost his life to save me from the goons of Trinamul Congress who actually targeted to kill me”.

Sources said tension prevailed in the Gayeshpur town since morning when the BJP activisits begun the door to door campaign under its Griha Sampark Avijan. A section of the Trinamul activist at several places prevented the BJP workers to carry out the programme and also threatened with dire consequence.

Avijit Majumdar, a youth wing activist of BJP in charge of Ward-17 & 18 in the town who was actual target of the miscreants, said, “Today I was busy involved in Griha Samparka Avijan. Later in the evening a Trinamul activist slapped me for carrying out the programme. Later in the night he hit on my head with a revolver. Bappada was there and watched that the miscreant was attempting to shoot me. Smelling the attempt on my life, he jumped in to push me aside and took the bullet below his chest which was fired by one of his party men. We took him to hospital in Kalyani. But he succumbed on the way.

“These miscreants unleashed a reign of terror in Gayeshpur and never allowed people to cast their votes in the town. They came to kill me. But it was only for Bappada I was lucky to escape the attack, but he lost his life”, BJP activist Avijit Majumder added.

Trinamul’s Gayeshpur town president Sukanta Chatterjee acknowledged that Sarkar was a dedicated party man. “I do not know how he was killed and who were behind his murder. I don’t have input of any political connection with his death so far. I have told police to find out the culprits”, Chatterjee said.

Victim’s teen aged son Bishal said, “My father was a Trinamul activist but he had no enemy. He sent me to Kalyani to buy medicine from Kalyani when the miscreant shot him”.