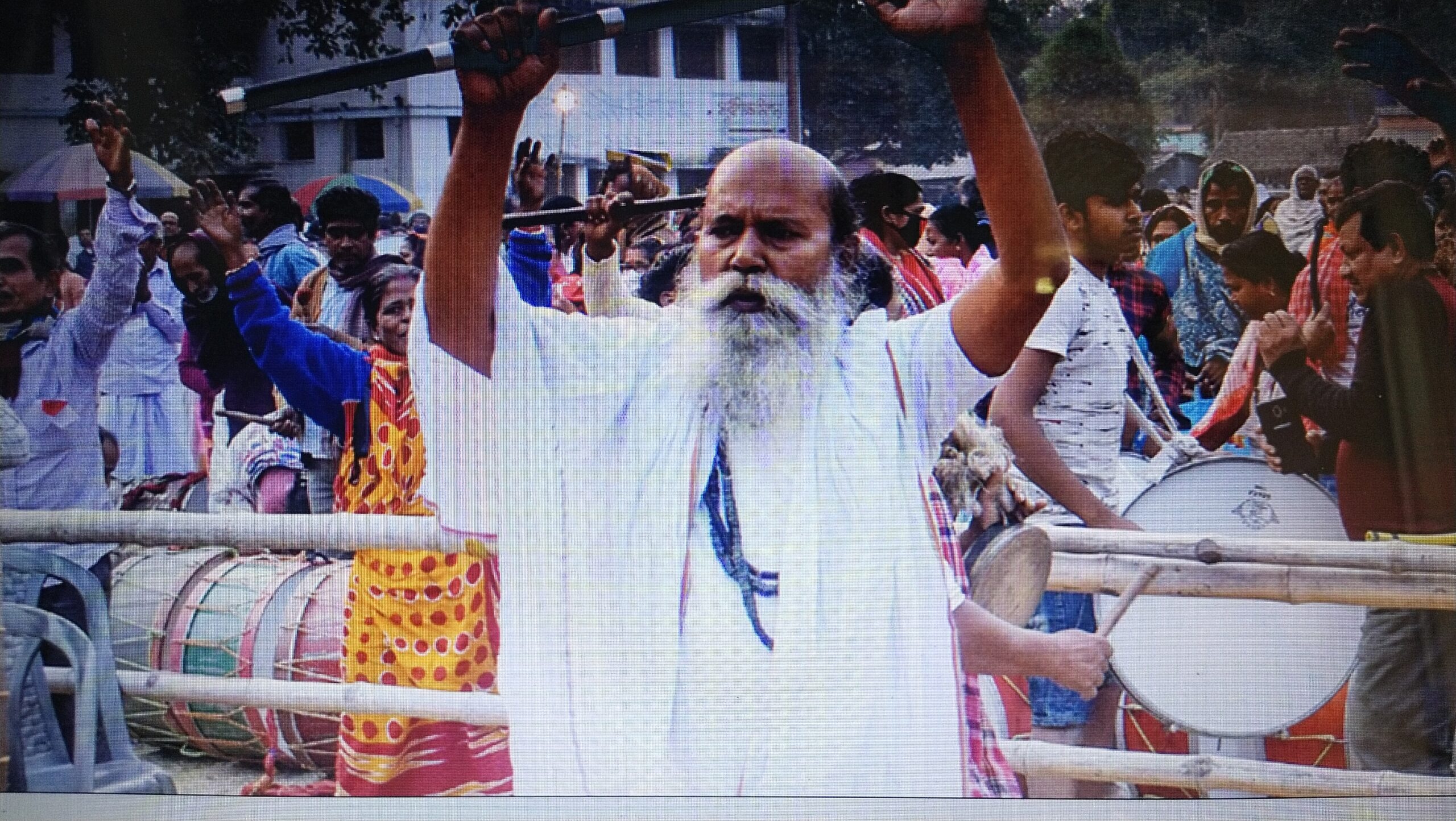 Sarathi Biswas of Bogula voted for BJP in the 2019 Lok Sabha election convinced over its ‘citizenship’ offer. But in the last 21 months, a kind of ‘mistrust’ about the saffron party engulfed his mind. On the other hand, Mamata Banerjee’s new interpretation with March 1971’s deadline for citizenship eligibility has deepened his concern. Barely a week ahead of the assembly polls in Nadia and many members of the Matua community like Sarathi are yet to decide whom to vote in the ensuing elections – BJP or Trinamul.

The issue of citizenship has come up as the key issue of political mobilization in the run up to the 2021 Bengal assembly election. Particularly in North 24 Parganas, Nadia, East Burdwan and in some North Bengal districts, it has become a poll plank due to density of Matua community – a decisive factor too, who have been fighting for citizenship for long.

In the 2019 Lok Sabha poll, BJP had won the heart of the community by offering them citizenship. While the party which claims to have solved the citizenship problem by introducing the Citizenship Act, 2019, in reality had aggravated the situation with multiple negative narratives and fear over the law.

With the memory of deletion of about 15 lakhs Bengali speaking people in Assam following an NRC exercise, and the possibility of a document based citizenship test has deepened the mistrust and confusion among the Matuas. Many like Sarathi Biswas have been suffering from this fear and yet to make up their mind whom they should support in this summer poll.

There are at least 30 seats in North 24 Parganas and adjacent Nadia district where Matuas have strong influence. Out of these 30 assembly seats, they dominate 17 seats constituting around 45% of the electorate. These 17 seats include 10 in North 24 Parganas and 7 in Nadia, which are parts of the Bongaon and Ranaghat Lok Sabha constituencies. All these seats were a strong support base of Trinamul Congress until 2019 Lok Sabha elections. But, in most of these Matua dominated segments  like Bongaon Uttar, Bongaon Dakshin, Gaighata, Bagda, Habra, Haringhata, Kalyani, Ranaghat Dakshi, Ranaghat Uttar Purba, Ranaghat Uttar Paschim, Krishnaganj, Chakdaha Trinamul miserably lost to BJP.

Seats like  Bongaon Uttar, Bongaon Dakshin , Bagda and Gaighata – where the holy abode of Matuas Thakurnagar is located, and considered the pillars of Matua support base turned saffron with BJP drew a huge lead.

A major section of the Trinamul workers in the region remain unsure who the Matuas would eventually choose on the day. The community at present a divided entity, largely on citizenship issues, which would most likely to play a decisive role this time.

Matua means ‘Matowara’ in devotion, is an independent sect that was developed through a religious reformation movement launched by Harichand Thakur {1812-1878}, an illiterate farmer from downtrodden Namasudra community from Faridpur, {now in Bangladesh} and his son Guruchand Thakur {1846-1937}. They raised their voice against the Brahmins’ culture. They formed Matua Mahasangha. Guruchand launched a movement making people aware of education. They drew huge followers, who joined the Matua movement and in 1947, many of them migrated to Bengal.

WHAT IS THEIR PROBLEM?

The Thakur family came to West Bengal during 1946. However, their followers – the downtrodden farming community, entered India after 1971 ‘illegally’. They got their names enrolled to the voters’ list in India and settled. But as per 2003’s Citizenship Act, they remained refugees.

a push back of the illegal migrants. The focal point of this campaign was actually communalization of the migrants through proliferation of a dual syntax – ‘infiltrator and refugee’. The apparent objective behind such proliferation was to create a division in status. The narrative was to consider a Hindu Bangladeshi migrant as ‘refugee’ and whereas to categorise a Muslim migrant as ‘infiltrator’.

The Citizenship Act, 2003 introduced by the NDA Government, in real terms, provided a legal status to such a communal binary while the religion of a person became the sole criterion for acquiring citizenship. The Act also led preparation of the National Register of Citizen (NRC) to push back the Muslims who are ‘infiltrators’ as per the communal binary. Recent NRC exercise in Assam proved it as reality.

The BJP leadership reiterated that the act would solve the pending citizenship problem of the persecuted Hindus like Matuas. But, the provisions of the CAA 2003 left the problem of the Bengali migrants unresolved.

The 2003 act put forth “illegal migrant” as a category in the legal framework of Indian Citizenship. Under the provisions of this act, the lower caste Hindus like Namashudra who migrated from Bangladesh after 1971 or born in India to migrant Bangladeshi parents, become vulnerable for a possible disenfranchisement. The Act eventually became the trap to detain and arrest the Bangladeshi refugees as ‘Illegal Migrants”. The deletion of names of about 15 lakhs Bengali speaking people in Assam is the result of this Act.

Prasenjit Bose, former research cell head of CPM said, “This is the notorious act which neither the BJP has withdrawn so far, nor the Trinamul has ever raised its voice against it in its endeavour to win the heart of the Matua. Both the parties are basically cheating the Matuas”.

Biman Biswas, 46, who claimed to a member of All India Matua Mahasangha, headed by BJP MP Santanu Thakur said, “I am yet to decide who to vote this time. BJP assured citizenship. But so far it has delivered nothing. They have not even said that the provisions of the 2003’s Citizenship Act will be removed. If the categorisation illegal migrants remain in the act, many people will be trapped to be detained since they will not be able to submit documents neither in support of religious persecution nor about their stay here”.

Despite the suspicion over the existence of the provisions of the Act that also formed part of its 2019 version, Matuas leaned towards the BJP and helped it to win 2 seats in the last Lok Sabha elections in the Matua dominated Nadia (Ranaghat) and North 24 Parganas (Bongaon).

21 months after the Lok Sabha poll, the BJP which retained power at the centre, however, ye to implement the Act as the framing of rules not completed. This is led to fresh confusion and mistrust among the people. BJP has been apparently buying time as home minister Amit Shah at a public meeting in Thakurnagar on February 11 said that the process of ‘granting citizenship’ will begin once the Covid 19 vaccination is completed.

While a section of the Matuas strongly feel that without the formal citizenship certificate their existence in India is questionable, another section who always believed that they have long been settled in India having voter’s card, and other government documents to prove enough the citizenship as often said by Mamata Banerjee, have found themselves in a new crisis over her new narrative.

Last week Mamata at a number of election meetings said that the refugees who have come by March 31 of 1971 should not be worried about citizenship. She reiterated this point creating fresh mistrust about her and her party.

“It is the Trinamul that so far has lived up to our fight against the BJP’s controversial citizenship matrix. But the 1971’ March deadline as told by her has created a deep concern among many like me reminding the fate of Bengalis in Assam’, said Murari Biswas in Gaighata.

“This is a surprising line taken by Mamata Banerjee..! I heard her speaking this in an election meeting in North 24 Parganas. If the migrant Bangladeshis who came India before March 31, 1971, then what would be the fate of those who came after the date? Does it mean that those who came after the date are not Indian citizens? It is not clear why she suddenly mentioned the March 31, 1971 deadline. Actually this deadline was a part of the Assam agreement and applicable to Assam only. As far as we know there is no such deadline for West Bengal. Now her statement has created a major concern among the Matuas. She should make her stand clear”, said Prasenjit Bose, a member of platform titled ‘Nagarikata Suraksha Andolan’.

“Mamata and Trinamul were never made their stand categorical on the issue of citizenship. Surprisingly enough Trinamul has nothing on CAA, NRC in its election manifesto. This obviously raises questions about their credibility on the issue. People have not forgotten that she supported the 2003’s draconian Citizenship Act”, Bose told The NfN.

“We demand unconditional citizenship. The centre should treat the voters’ list of 2019 as a deadline to consider citizenship. This would solve the problem in a major way. None should have the need to appeal for citizenship. There are a number of High Court rulings that acknowledge voters’ lists as citizenship proof. This will help to avoid harassment of people and expense of government exchequer as well”, CPI’s Gaighata candidate and citizenship movement leader Kapil Krishna Thakur said.

Members of Sarba Bharatiya Matua Mahasangha, a faction of the Matuas, having proximity to the Trinamul

“It has already raised questions about Mamata’s credibility. Many Matuas who support Trinamul asked what she actually wanted to mean. We had no explanation to offer”, he added further.

The Matuas demand a ‘document’ that can prove their citizenship. They also demand an unconditional cut off date for eligibility of citizenship as of December 31, 2019.

BJP MP and Matua leader Santanu Thakur said, “I am concerned about the fear of the community members particularly about the controversial provisions of 2003’s CAA. So I have demanded for simplified provisions. So no one should be apprehending anything negative now”.