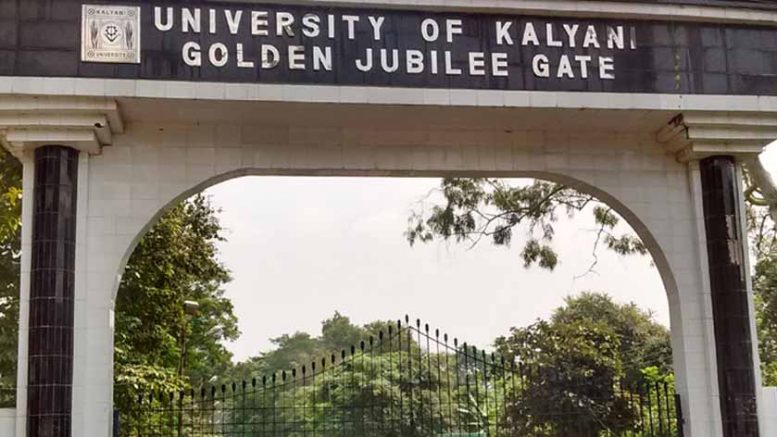 Kalyani, Feb. 15: The state higher education department on Friday has directed the Kalyani University vice-chancellor Professor Sankar Ghosh to reinstate Registrar Debansu Roy whom he sent on ‘leave’ in the wake of an inquiry initiated on disciplinary issues.

In a communication issued by the special secretary of the department’s integrated law cell, the state government has asked the VC to comply with the direction immediately and to send the action taken report as well. The copy of the communication has also been endorsed to Roy, who as per sources in the university would try to resume his charges on Monday (February 17).

The direction, has, however, created a controversy as a section of the University officials and professors have alleged it as an intervention to the autonomy of the university, particularly when a probe by a retired judge is underway against the Registrar.

When asked about his reaction VC Professor Ghosh told, “I have received the letter from the higher education department and consult legal opinion before further action on it”.

“I took the steps as per the legal provisions and the university statute as well. I will take a call on the matter in the same way again”, the VC added.

Kalyani University’s former law officer Professor Alok Ghosh said, “The order of the higher education department seems not factual enough. It appears to be an intervention by the state government to the administrative autonomy of the University. There is ample scope of legal debate on the issue”. In last month VC had sent the Registrar Debansu Roy on leave after an investigating committee headed by a retired judge was set up to conduct a probe the three complaints lodged against him including one by a lady officer. The VC has also appointed Professor Subhash Sarkar as the Registrar temporarily. But this angered the Trinamul led non-teaching staff who began a demonstration demanding Roy’s reinstatement in front of VC’s chamber.

On January 20, Pro-VC Professor Goutam Pal reinstated Debansu Roy that prompted the VC to issue a show cause to Pro VC as how he ‘took the step to violate his order and reinstated the Registrar who is facing an inquiry’.

A senior officer of University said that Pro VC’s order to reinstate the Registrar violating the VC’s order was unlawful”. “The Pro VC performs the duties of VC in his absence only on approval of the state government”, he said. “Moreover as per section 3 (4) of the Bengal government’s Gazette notification on West Bengal Universities and Colleges (Administration and Regulations) Act, 2017, such charge of the Pro VC would of purely to perform routine functions of the university. In case of any decision taken by him during the absence of VC, that must be ratified by the VC, failing which all such decisions shall cease to have an effect”, the officer added.

Nevertheless, the show-cause notice to Pro VC escalated the tension in the University administration which prompted the state government to conduct an instant inquiry by sending a six-member team to the university on February 6.

Sources in the Higher education department said that Friday’s direction to the VC was issued on the basis of the inquiry report of the three officers.

A section of the University officers, however, alleged that the state government’s order is ‘prejudicial’ without checking the facts. “It has raised the question of the legitimacy of VC’s order, but it did not follow the act while conducting the inquiry”.

“As per the provisions of the act which the state government has referred in its order (53L/IU (K)-03/2020 Dated 14-02-2020), it should have conducted a formal inquiry issuing written notice to the University and check the fact. But, it did not follow the guidelines, rather conducted spot inquiry and did not even check the complaints against the officer in question. Moreover, without issuing a suspension order an officer can be sent on leave. This has guaranteed by University ordinance. Moreover, a specific disciplinary proceeding is on the way against the officer as such the content of the order appears to be not factual enough”, a senior officer of the university said.