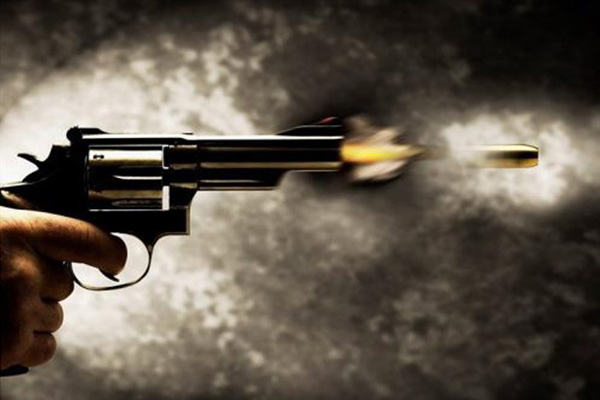 Biswas, a farmer by profession, was shot at least twice on his chest and belly at Parua Chashipara village on Badkulla-Hanskhali road under Taherpur police station while returning home riding a motorcycle from Bapujinagar area after doing some party works. He was rushed to Badkulla primary health centre first. But he was soon shifted to Nadia district hospital in Krishnagar, where doctors declared him dead.

Local sources said that at about 7.30 pm, Babulal was stopped by at least four motor bike-borne miscreants at Parua village on Hanshkhali road, who shot him from close range. Local people hearing the firing rushed in and chased the miscreants, who, however, managed to flee by hurling bombs and firing indiscriminately.

CPM Nadia district secretary Sumit De has alleged Trinamul’s role behind the murder. “He was repeatedly threatened since last year’s gram panchayat elections being quite vocal of increasing anti-social activities in the area under the indulgence of local Trinamul leadership”, De said.

Babulal’s wife Mousumi, who was a CPM candidate in the last gram panchayat election has also alleged that miscreants close to Trinamul killed her husband. “My husband was quite popular in the area and instrumental in regaining the support base of the party. Trinamul was planning to eliminate him for long. It is quite clear that the ruling party is behind the murder”, she said.

Trinamul leadership, however, refuted the allegation. “It is most probably due to any personal rivalry”, a leader of Trinamul’s Nadia district committee said.

Police have started a murder case on the basis of a complaint lodged by the wife of the slain party activist. Police superintendent of Ranaghat police district VSR Ananthnag said, “We have begun a probe. The motive behind the murder is not clear yet. We are examining all possible aspects and hopeful the arrest the assailants soon”.