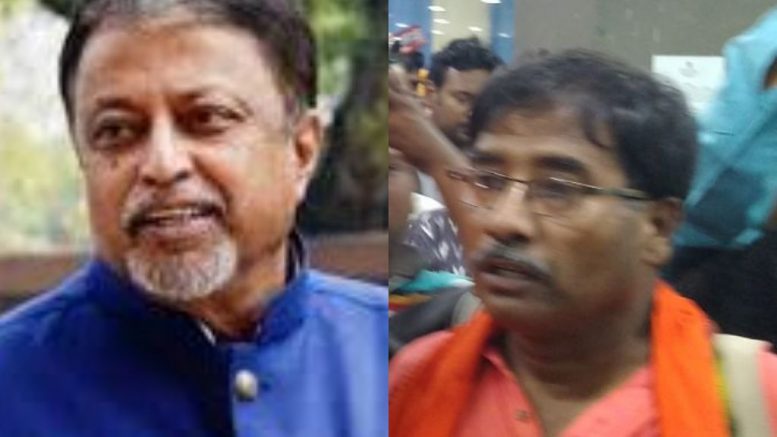 Ranaghat: The Additional District and Sessions Judge’s court in Ranaghat has directed the CID to issue a notice to BJP leader Mukul Roy and party’s Ranaghat MP Jagannath Sarkar so that they appear before the court on November 2 and make their submission in the wake of a revision petition filed by a Trinamul leader challenging the ACJM Ranaghat’s order that discharged them of the allegations of their involvement in the murder of Trinamul’s Krishnaganj MLA Satyajit Biswas.

The court issued the order on Thursday considering a revision petition filed on September 2 by original complainant Milan Saha, a Trinamul leader, around three months after the CID had dropped names of Mukul Roy and Jagannath Sarkar from the charge sheet which they filed on May 8 after its probing team found nothing suspicious against them.

The Additional Chief Judicial Magistrate (ACJM) of Ranaghat relying upon the charge sheet of the CID had also issued a discharge order on June 14 in favor of the two BJP leaders. However, the additional district and sessions judge on Thursday considering the revision petition on the ACJM’s order filed by Saha has directed the CID to issue a notice to the two BJP leaders.

The ADSJ court has admitted the revision petition for hearing subject to compliance of section 401 (2) of Code of Criminal Procedure, 1973 that ensure no action against the accused with prejudice unless he has had an opportunity of being heard either personally or by pleader in his own defence.

The revision petition has meanwhile created a political controversy as the BJP leadership has alleged that the ruling party has been deliberately trying to implicate the two leaders and will not allow them to go scot-free even though the CID found nothing suspicious against them in its investigation.

BJP’s Ranaghat MP Jagannath Sarkar said, “The state government is conspiring to arrest us before the assembly poll. The motive of the revision petition is clear. We will fight the battle at court”.

In his revision petition, Milan Saha submitted that the two ‘suspects’ were announced free of charges by CID hurriedly and further approved by the ACJM court despite there was material against them to proceed further with the investigation.

Appearing on behalf of Saha, advocate Anjan Kumar De said, “Discharging the two suspects literally locked the scope of investigation against them. The order was apparently was not right for which we appealed for reconsideration”

The ADSJ court has admitted the revision petition for hearing subject to compliance of section 401 (2) of Code of Criminal Procedure, 1973 that ensures no action against the accused person(s) with prejudice unless he has had an opportunity of being heard either personally or by a pleader in own defence.

A Trinamul leader in Nadia said, “The CID had apparently completed its probe on the two BJP leaders in haste despite their role was strongly suspicious. We just tried to point out this aspect in the revision petition so that the court reconsiders to order a fresh probe into their role”.

MLA Satyajit Biswas was killed while watching a cultural programme close to his home in Phulbari village of Hanshkhali on February 9 night. CID beginning probe arrested five except Mukul Roy and Jagannath Sarkar.

Advocate Suman Roy, one of the lawyers who appeared on behalf of Mukul Roy, said, “This is a fresh conspiracy by Trinamul and state government against is Mukul Roy despite the CID given a clean chit to him. It appears the ruling party has no faith in own premier investigating agency and challenged its probe. The court admitting the revision petition of the Trinamul leader has decided to provide an opportunity to Mukul Roy and Jagannath Sarkar to make their submission on the said petition. It will now be a fresh battle against conspiracy in which we will come out victorious”