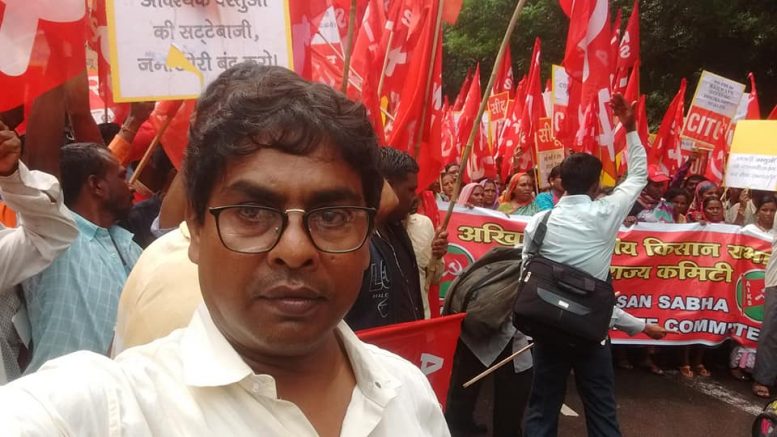 Karimpur, June 24: CPM on Monday has expelled its former Karimpur MLA Samarendra Ghosh for ‘indiscipline’ and hobnobbing with BJP.

Party’s Karimpur area committee of which Ghosh was a member held a meeting in Karimpyr on Monday where all the 11 members who attended the it unanimously recommended for his expulsion. The Nadia district committee later approved the recommendation and announced Ghosh’s expulsion for his ‘unethical’ role flouting party policies and for indulging “indiscipline”.

The clause 19 of CPM party constitution exclusively deals with indiscipline and empowers party committee summarily to expel any member for violation of discipline.

Ghosh, a teacher with Darermath High school, was elected as CPM nominee from Nadia’s Karimpur assembly seat in 2011. However, he lost to Trinamul’s Mahua Moitra in 2016 assembly poll.

Party sources said since last year’s panchayat elections Ghosh has been distancing himself from party and developed proximity to BJP. Sources said he was trying for a nomination as BJP candidate for the ensuing bi-election to Karimpur seat which fell vacant following Trinamul’s Mahua Moitra won Lok Sabha poll.

A CPM functionary in Karimpur said, “Samarendra has been trying to project himself as liberal communist who has no prejudice about BJP. He infact during the panchayat poll played an instrumental role to make unofficial understanding with BJP defying party decision. His relationship with BJP became closer gradually and for the past few weeks he has been trying for nomination as a BJP candidate to fight the ensuing assembly by-election in Karimpur”. CPM Nadia secretary Sumit De said, “Ghosh was involved in anti-party activities and hobnobbing with BJP. On several occasions he was cautioned. But he turned up to be incorrigible”.

“Ghosh was not maintaining an ideal role as an area committee member. During the panchayat elections, he shown sheer apathy to fight the poll as per party guidelines and policies. Most surprisingly when our party considering BJP as the major threat to peoole, Ghosh has been hobnobbing with it. He was indulging indiscipline among party workers too”, De added further.

Nadia BJP leadership, however, refused to speak about Ghosh’s proximity to party. A senior leader of BJP’s Nadia North committee said, “Many prominent CPM and Trinamul leaders are in touch with us. We will reveal their identities in right time”.

Ghosh, however, remained incommunicado. He did not even reply to text message. But, a little after his expulsion was announced Ghosh in a facebook post said he ‘retires’ from politics and apologizes for for his decision.