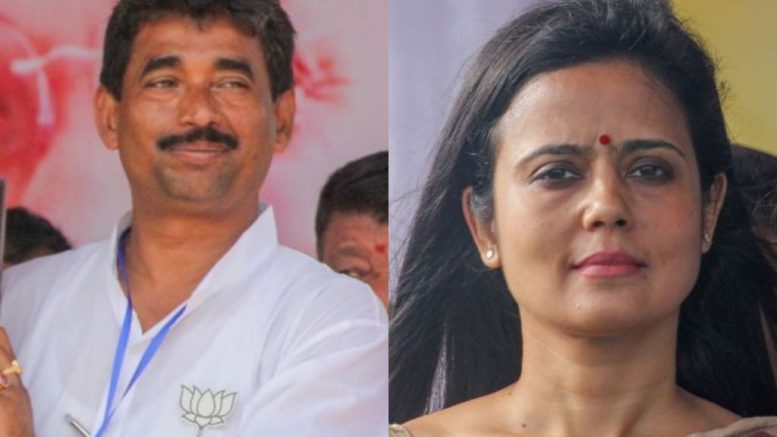 The ban will remain effective till 4pm on April 28. Elections for the two Lok Sabha seats in Nadia will be held on April 29.

The commission has found Sarkar of guilty for violation of its instruction about securing dignity of women, as well as model code of conducts and the provisions of Article 324 of Indian Constitution that empowers it in conducting the elections.

The Commission while condemning Sarkar for his impugned remarks also barred him from holding public meeting, public processions, public rallies, road shows, interviews as well as public utterances in social, electronic and print in connection with the ongoing election.

She said, “I am happy because the Commission in strong words has condemned the comments of the BJP leader and barred him from all sorts of campaigning”.

“The BJP leader had sought to demean me on the basis of my gender and brought my character into disrepute among public for electoral gains”, she added further.

On Thursday supreme court directed the EC to take forthwith action against Sarkar on the complaint of Moitra since she appealed the apex court accusing the EC for delay on its part to deliver a decision on her complaint against Sarkar claiming that the defamatory would affect her “standing with the public in Krishnanagar”.

A bench of the apex court headed by chief justice Ranjan Gogoi directed the Election Commission to pass a reasoned order immediately in connection with her complaint.

Earlier on April 22, Sarkar in a public meeting in Krishnagar in support of BJP candidate Kalyan Chaubey, had made lewd remarks about Moitra. The said meeting was later addressed BJP’s National president Amit Shah.

Moitra lodged an FIR at Krishnagar police station on the same day and also submitted a complaint before EC seeking a ban on Sarkar from campaigning as well as on any sort of public utterance for 72 hours considering that polls will be held for Krishnanagar seat on 29 April.

“The BJP leader’s comments were intended to insult my modesty and he not only insulted me but also and intruded to my privacy causing immense mental distress”, Moitra said.

Sarkar did not make comment on EC’s Friday order. However, in his reply to Commission’s show cause notice, he acknowledged his comments but claimed that the matter not covered under the Model Code of Conduct.

Nadia BJP leadership refused to comment on EC’s order. “We would definitely follow the Commission’s instruction to avoid any legal complication”, a BJ leader said.