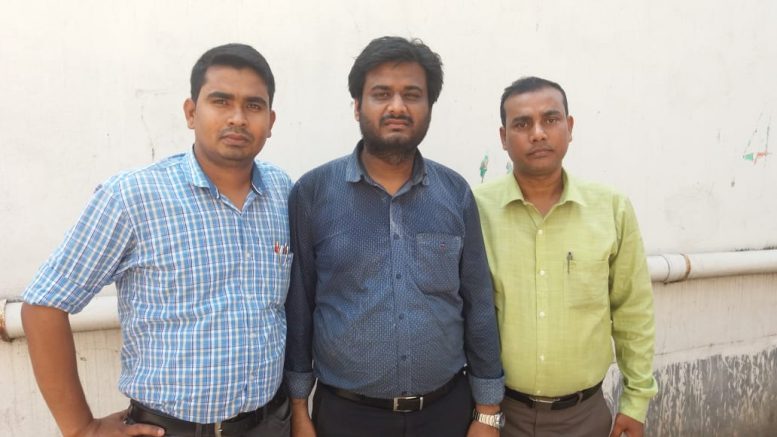 Krishnagar: A CID team has traced out the missing Nadia election officer Arnab Roy from an undisclosed location near to Howrah railway station during the wee hours of Thursday morning.

CID sources said that the visibly tired Arnab Roy, Nodal Officer of the EVM cell of Nadia Election Office, was later taken to his in-laws’ house in Shibpur of Howrah and handed over to them. He, was, however, later taken to Bhawani Bhawan where senior CID officers quizzed him to unveil the mystery behind his disappearance.

Confirming the Nodal officer’s return Nadia district magistrate Sumit Gupta said, “We are happy that he has been found safe. I have talked to his wife. He is with his in laws. We will talk to him’

However, neither the sleuths nor the senior officials in district administration clarified how Roy disappeared.

“There are many things remain untold..It is not yet clear to us yet if Roy left on his own wish or abducted. We will talk to him details”, a CID officer said.

Police begun a probe on the basis of a missing diary lodged by her wife Anisha Jash, a 20l6 WBCS officer, working as a deputy magistrate with Nadia administration. She later lodged a kidnapping complaint.

CID sources in Calcutta said that Roy was spotted by tracking his phones which were found switched on early in the morning. A senior officer of CID said, “We traced him out by tracking location of his mobile phone which was found switched on for the first time since he went missing. Today we located Roy’s phone close to Howrah station. We finally found him in a house when he was looking very fatigued”.

Sources said the Roy’s phone could be traced only after he switched on his phones and made contacts with his in-laws in Howrah.