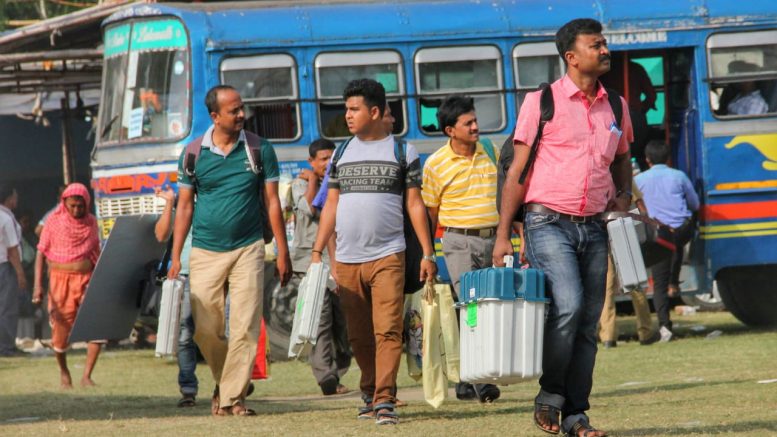 People in Nadia will vote to elect their representatives for Ranaghat (SC) and Krishnanagar seat for the next five years on Monday. Seven candidates in each of the constituencies would try their luck to get the mandate of the people. The voting will begin from 7 in the morning and continue till 6pm, an hour extra than usual. The Election Commission has arranged VVPAT (Voter Verifiable Paper Audit Trail) for each of the polling stations in Nadia to ensure transparency in the voting system.