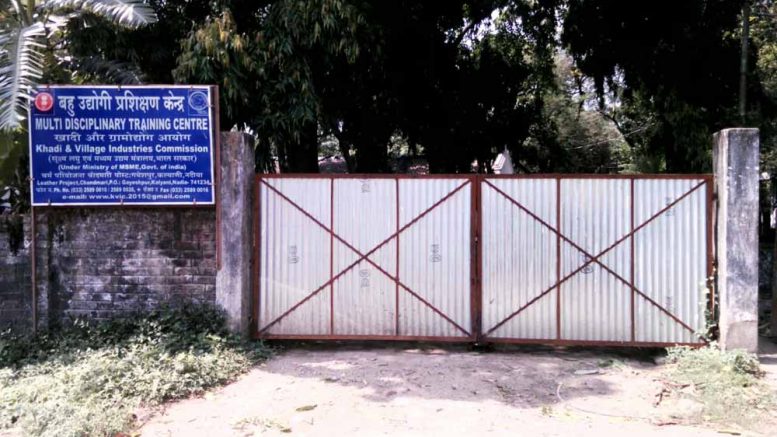 Mukherjee was attached to this office

Kalyani, April 26: A retired supervisor of Gayeshpur based Multi Disciplinary Training Centre ,  was arrested from his home in Kalyani late Thursday night by South 24Pargana police for his alleged nexus with the noxious meat racket that was busted on Thursday.

Police said that accused Manik Mukherjee (62), who retired during 2016 was directly involved with racket being an active source of information about carcass to the  meat racket not just during his service period, rather even after his retirement.

Police said that the racket has been selling the noxious meat of dead animals those left in dumping trash over around past five years. Police suspect that the meat of different dead animals after being processed with chemicals and used to get frozen to a temperature of around minus 44 degree Fahrenheit, and supplied to a large num ber of eateries in city and also sold to traders in Bihar, Odisha and Assam.

Police said, Mukherjee provided the racket time to time information about dumping of carcass and the logistic of its recovery and processing from the trash.

The Carcass Recovery Training Centre, which was later named as Multi Disciplinary Training Centre, located in Gayeshpur’s Chandmari near Kalyani town near where Mukherjee used to look after the trash, is a project funded by Union Leather Industry Ministry, run by Khadi and Village Industry Commission (KVIC).

Mukherjee was also a former CPM councillor of Gayeshpur Municipality’s Ward-18 during 1995-2005, but sacked by the party in 2010 for “financial irregularities”.

An investigating officer of Budge Budge police station who was present in the raid said, “Mukherjee’s name surfaced up after interrogating the nine arrested from city on Wednesday night. There some persons like Mukherjee associated with the carcass trash  who acted as the link with racket providing them information about carcass. Mukherjee used his official power being an employee of the CRTC and indulged in adulteration and sale of noxious meat”.

“We also suspect involvement of some other CRTC with the racket as it appears that Mukherjee was active providing information even after his retirement, which is not possible without involvement of any official of the Kalyani based centre. We are trying to identify them. So there would most likely be more arrest in this case “, the officer  added.

Mukherjee was charged for adulteration in food and for sale of noxious food. He was later produced before Alipur court.

An investigating officer said, “It is not clear to us since when this racket has been selling noxious meat, but involvement of Mukherjee indicate that innocent people in  city and suburbs unknowingly consuming noxious inedible meats for about a decade. It is a horrible experience to us”.