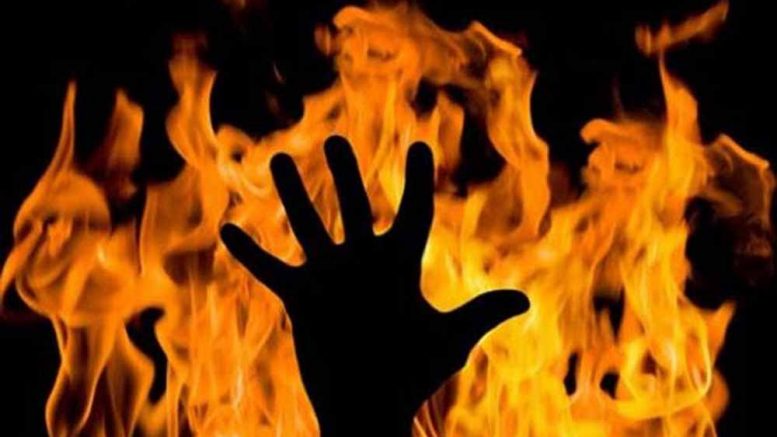 Krishnanagar, April 29: A 19 year girl, who allegedly forced by her parents to get married last night, had tried to commit suicide by setting self on fire on Saturday morning a few hours after she arrived at her in-laws’ house in Nadia’s Bhimpur.

The reception of the marriage was scheduled for later on the day, which, however, had to be postponed for the bizarre incident.

The bride, Sushmita Rai (17), was admitted to Saktinagar district hospital in Krishnanagar with 90% burn injuries and stated to be in a very critical condition.

Sushmita from her hospital bed has told police she is just 19 and requested her father to delay her marriage unless she is allowed to continue her study, which she was forced to suspend two years ago due poor economic condition of the family.

Sources said, daughter of a bus service worker in Murshidabad, the girl was forced to drop out two years ago when she was at class nine.

An officer of Bhimpur police station said: “The girl did not want to get married in such an early age. She tried to convince her parents, but was ignored. This apparently angered her. However, all other possible aspects are being examined”.

Sushmita’s Grandmother Bharati Mullick, who came with Sushmita to her in-laws’ house in Bhimpur has also confirmed this.

The police, however, in absence of any specific complaint is yet to start any case.

Sushmita, who hails from Ramnagar –Saktipur in Murshidabad district, got married to Sajal Roy, a mason from Nadia’s Pakurgachi-Bhimpur on Friday night.

Local sources said, the newly married couple, Sushmita and Sajal arrived at Bhimpur at about 6am.

At about 10.30 family members noticed that fire coming out from a room where Sushmita was taking rest. The locals broke open the room to find out that Sushmita in blaze.

A police officer said: “Preliminary investigations revealed that she doused herself with kerosene and set on fire”

Sushmita’s husband Sajal said: “I have no idea why she took such a step. Since yesterday she was looking gloomy. Even today she uttered no word after arriving here. Earlier I asked her to make it clear if she has any objection to the marriage, but she told nothing.”