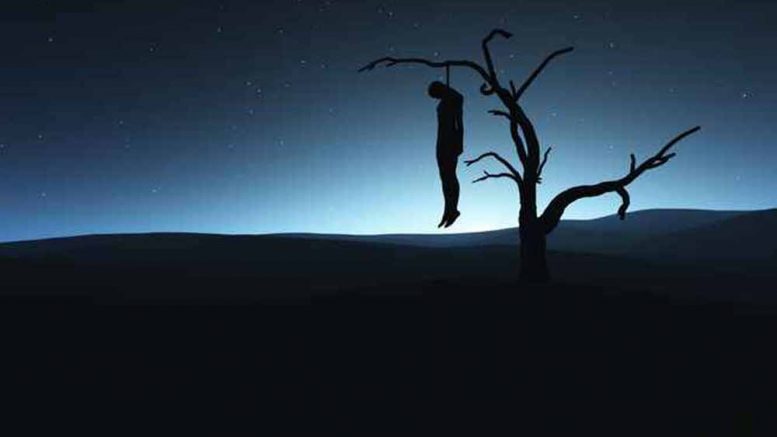 Aranghata, Nov. 22: A BA first year girl apparently from Nadia’s Aranghata ended her life after she was rebuked and admonished by her elder brother as she forget the personal identification number (PIN) of his debit card which he had given to her to withdraw money for him.

Purnima Sarkar (19), a student of Bogula Srikrishna College, who was a resident of Aranghata’s Math-Naryanpur, was found hanging today morning from a branch of a mango tree with a sari inside an orchard close to her house. Police recovered the body and sent for post mortem.

Family sources said, Purnima was admonished by her elder brother Santu Sarkar, a cloth trader after witnessing her returned home from ATM without money that eventually caused embarrassment as he failed to make payment to a Saari manufacturer due to her sheer carelessness.

Nitya Sarkar, father of the deceased girl said: “My son supplies sari to Odhisha purchasing it from local manufacturers. Yesterday he was very busy in connection with business. So he given his debit card and its pin to Purnima and told her to withdraw money for him from ATM. Purnima assured to bring money on her way back home from college. But, eventually she could not withdraw money as she forgot the pin and return home empty handed. My son asked sari manufacturers representative to come in the afternoon to take money, but he had to return without money as Purnima could not withdraw it. This made Santu embarrassed for which she admonished Purnima”

On last night Purnima slept with her sister Swati as usual. But, at about 4am today Swati woke to see that Purnima was not in the bed. A search by the family members later traced her in an orchard close to their house where she was seen hanging from a mango tree.

An officer of Dhantala police station said: “We have started a case of unnatural death. It appears that the girl has committed suicide. There is so far no complaint lodged for any allegedly abetment behind the suicide”