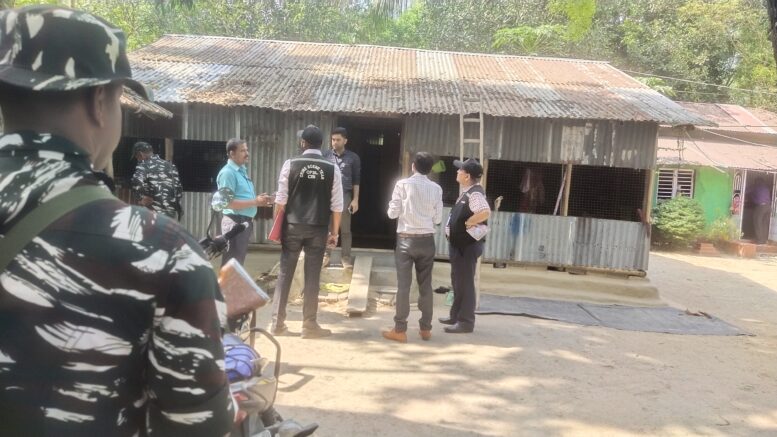 Hanshkhali (Nadia), April 18: CBI has raised questions about police inaction as the sleuths found that the probing team of Hanskhali police did not act as per the complaint.

The sleuths of the central investigating agency are likely to quiz the officer in charge of the Hanskhali police station as well as its investigating officer to know how they prima facie did not bother to start a suo moto investigation at least against two persons who first took control of the victim girl’s body and took it to the crematorium with support of others.

The CBI sleuths think that Hanskhali police should have started a separate case on a suo moto basis against them.

The victim girl’s mother in her complaint had mentioned that Anshuman Bagchi and Parimal Biswas took the body of her daughter to the unauthorized crematorium where they set her on fire. She also stated that the cremation was held in presence of her husband.

“But surprisingly the Hanshkhsli police so far have not taken any action against them and tried to arrest them as well. None of the duo – Anshuman  Bagchi and Parimal Nissan was also traced out and taken to court for recording their statement before a magistrate under CrPc 164 so far”, a CBI official said.

The CBI team on Monday summoned the girl’s mother for her statement on the complaint when they tried to corroborate facts with what she stated in the complaint. They asked about the role of the two but she couldn’t explain it in detail.

Meanwhile, repeated inconsistencies in the statement of the girl’s parents particularly of the mother come up as a hurdle before the probe.

The sleuths on Monday reexamined that statement with what they told before the magistrate when certain inconsistencies also cropped up.

An official of the Ranaghat police district said, “We tried to act upon the complaint but some suspected persons could not be traced up ….”