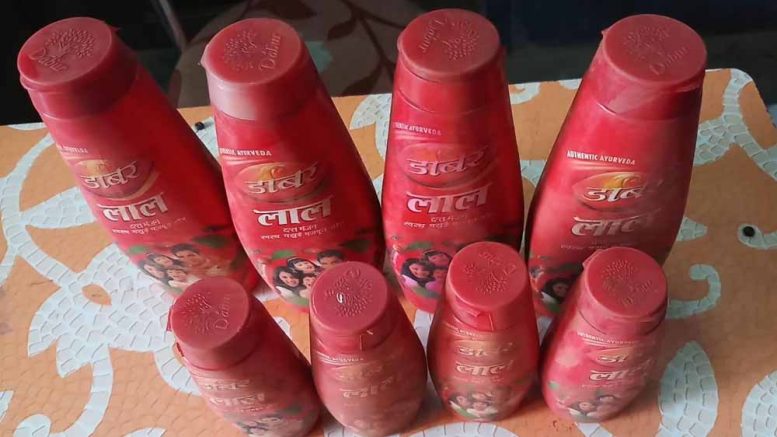 Birnagar, March 13: A team of Nadia police on Monday night conducted a raid at a house in Sarajit Pally of Birnagar town and seized a cache of fake “Danta Manjan” (tooth powder) of a ayurvedic giant Dabur along with the raw materials. Police have also arrested a young homemaker, owner of the house, for allegedly manufacturing and packaging the spurious tooth powder as well as for selling it in the local market. Mousumi Basak on way to court

Police said that woman is part of a racket being operated by a Chakdah based businessman, who is involved in manufacturing and selling of different brands counterfeited consumer products. However, the suspected businessman went absconding since police conducted the raid in Birnagar on Monday night.

Local sources in Birnagar said, the accused woman lives alone as her husband works outside.

During the raid at her home in Sarajit Pally police recovered over 20kg of raw materials ready for packaging, along with several empty and filled fake containers of Dabur’s Lal Danta Manjan , which were being prepared for supply.

Police have charged Mousumi under section 420 (cheating and dishonestly inducing), 482 (using false property mark), 483 (counterfeiting a property mark used by other), 486 (selling goods marked with counterfeit property mark) of the Indian Penal code and under relevant sections of the Copy right act, 1957.