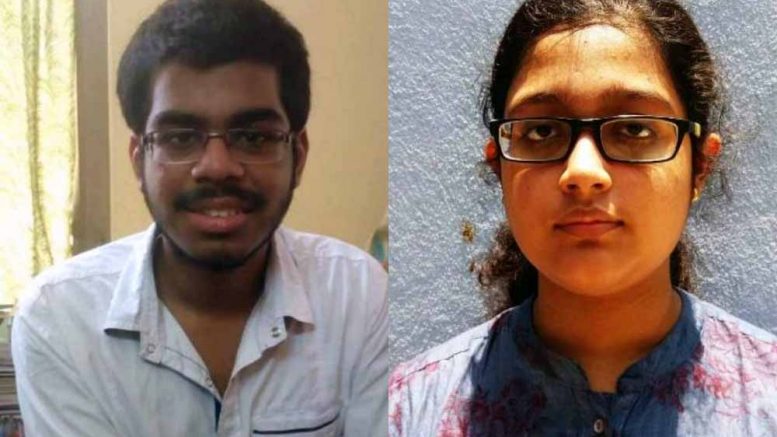 Aishika with her parents at home on Saturday

Krishnanagar, May 27: Hritam Nath of Krishnanagar Collegiate School made people of Nadia district proud as he secured 8th position in this year’s Madhyamik Examination. Hritam, a resident of KN Roy Lane in Krishnanagar Roypara has secured 684 marks out of 700, which also made him the topper in the Nadia district.

Hritam is closely followed by Aishika Chakraborty of Aranghata Girls’ High School with 681marks that helped her to secure 10the position.

The results of this year’s Madhyamik Examinations were announced today in Kolkata.

Anushka Pain from Bankura district topped with 690 marks, followed by Mozammel Hague of Bankura and Anirban Khanra of Hooghly with 689 marks. Diptesh Pal of Rampurhat (Birbhum) secured the third position with 687 marks.

The results were announced on the 85th day since it completed on the first week of March this year. Hritam at home on Saturday Picture by Pranab Debnath

On the other hand, a resident of Aranghata Masterpara under Dhantala police station, Aishika who is the daughter of Achintya Chakraborty, head master of a local high school, has secured 100 in Bengali, 96 in English, 90 in Mathematics, 99 in Physical Science, 100 in Life Science, 97 in Geography.

Elated about the success Hritam said: “I dedicate my success to my parents, teachers and friends who always encouraged me to do something big”. An avid watcher of cricket, Hritam wants to become a Computer Engineer.

Aishika, however, wants to be a doctor and serve poor countrymen in the rural areas. “I belong to very backward rural area. The absence of quality health services in my areas always haunts me. So I want to become a doctor”.

Aishika is at present undergoing preparations for medical entrance examination through Joint Entrance at a private institute in Kolkata. However, she would get admitted in a local school for his higher secondary course.

Aishika is an avid reader of books and magazine. She has been learning Rabindra Sangeet at the same time.