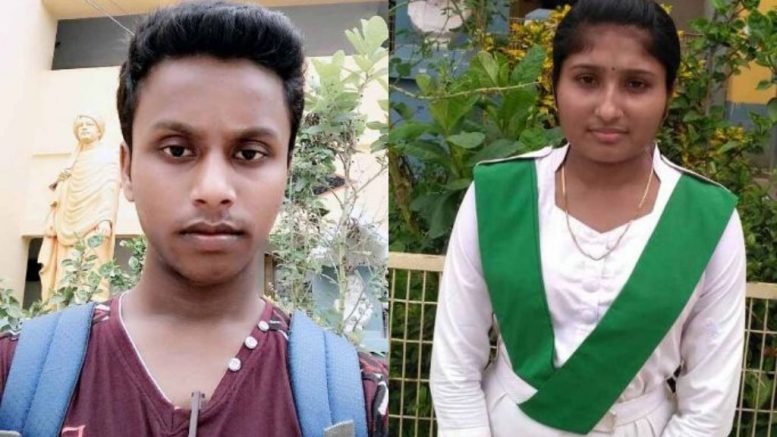 Krishnanagar, May 30: Hatishala boy Rakhibul Mondal, a student from JCM high school of Bethuadahari, has topped among the higher secondary examinees in Nadia with 475 marks securing 95%. Rakhibul is closely followed by his classmate Shipra Adhikary who scored 466 marks securing 91% to become the topper among the girls in the district. Rakhibul has ranked 15th in the state.

Archisman Panigrahi of Hooghly Collegiate School topped the examination in the state with 496 marks with an average of 99.2%. Mayank Chattopadhyay from Hooghly (98.4%) and Upamanyu Chakraborty (98.4%) from Narendrapur Ramkrishna Mission jointly got the second position and Subham Sinha (97.8%), Surajit Lohar (97.8%) was declared third.

On the other hand Shipra has scored 80 in Bengali, 80 in English, 70 in Geography, 80 in Philosophy, 80 in Sanskrit and 80 in Education which grossly earned her 466 marks.

Rakhibul, who wants to become a police officer today, attributed his success to his parents and teachers of the JCM School.

“I am happy because I have been able to make my parents and teachers happy today. But I would be happier if I could get little more marks in English”, Rakhibul said, who has been planning to pursue her graduation in English with honors from St. Xavier’s College in Kolkata.

Rakhibul used to get up by 5 in the morning and study up to 9.30am, and then got prepared to leaves for school in Bethudahari cycling about 15km from Maheshnagar under Hatisala panchayat. After school hours he used to attend special coaching and returned home by 8in the night cycling again 15km. He resumed study after a break which continued for about 11.30in night.

On the other hand Shipra wants to become a professor.

Anshuman De, president of managing committee of the school said: “Both Shipra and Rakhibul’s achievement are impeccable ones. They are examples of hard labor and strong resolve who fought against the odds like poverty to achieve their goals”