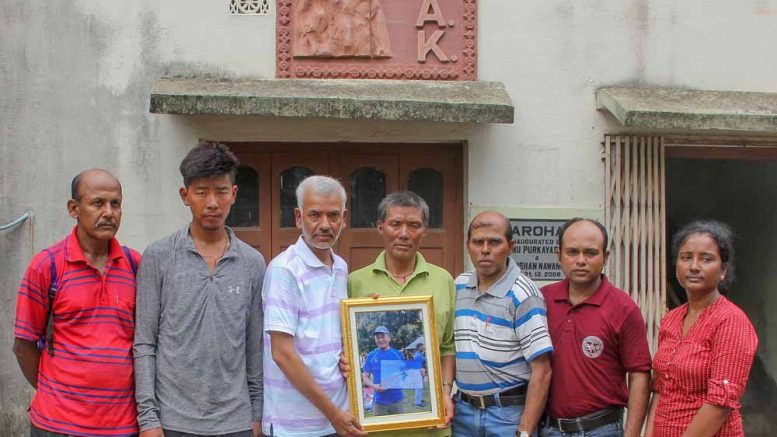 Sinha Roy, a passionate climber attached to Mountaineers’ Association of Krishnanagar (MAK), who scaled Mount Everest (8850 M) in 2010, and was one of the team members that went to Saser Kangri IV expedition, has alleged that an expedition team of the ITBP, which was present near spot on a separate mission had deliberately avoided helping them to rescue Pemba even though they were better equipped with men (sherpas) and accessories.

Pemba, 45, a president of Darjeeling, scaled Everest eight times and also six other highest peaks of the world. He was a member of MAK. ON the fateful morning he was also accompanying two members of Pune Ventures, who were on a joint expedition Saser Kangri with MAK members. Climbers say 7461M high Saser Kangri IV, is one of most difficult ranges to climb, located in Eastern Karakoram Range, and close Siachin glacier)

Speaking to media persons at the MAK office in Krishnagar on Saturday, Sinharoy said, “On July 13, when our initial effort to rescue Pemba failed, we approached the ITBP team members to join us. They were in a plateau expedition. But, they refused as without any official nod they would not be joining us. So I made contact with the Indian Mountaineering Foundation president Debraj Dutta to contact ITBP. He through army officials later made contact with ITBP’s DIG Prem Singh in the same evening, who assured of conveying his approvals to the expedition team members so that they could join the rescue operation. But, unfortunately no approval came until July 15 morning, when they the ITBP found it not worthy enough to began the search”.

“Since July 13, we with our limited man power tried twice to find out Pemba, but failed. Our hope was gradually diminishing to find Pemba alive. So the ITBP team not found it worthy at all to began their search on July 15 when only they acknowledged of receiving the official nod for which they apparently refused to join search”, Sinharoy said.

“It is a great mystery to us that how an approval took two days to reach the expedition team in this age of fast communication. I have no prejudice against ITBP, but the apparent delay speaks a lot. We know that it was quite difficult to find out Pemba but, we could get a solace with a fresh effort”, said Sinharoy breaking down in tears.

Sinharoy, however, ruled out submitting any formal complaint with the IBTP authorities.

Tshring Sherpa, who was at the spot when the accident had occurred said, “It was deep crevasse filled with melted ice. Four of us in the team tried to find him out. We used our flashlights, but there was no trace of him. The visibility was nil there. We were helpless. The temperature was below minus level there. If we were supported by more men, at least his body could be retrieved”.

The MAK today announced that they would raise funds to help the family of Pemba that include three children and his wife. “I would urge all to extend support in this endeavor so that his family could survive”, Sinharoy said.