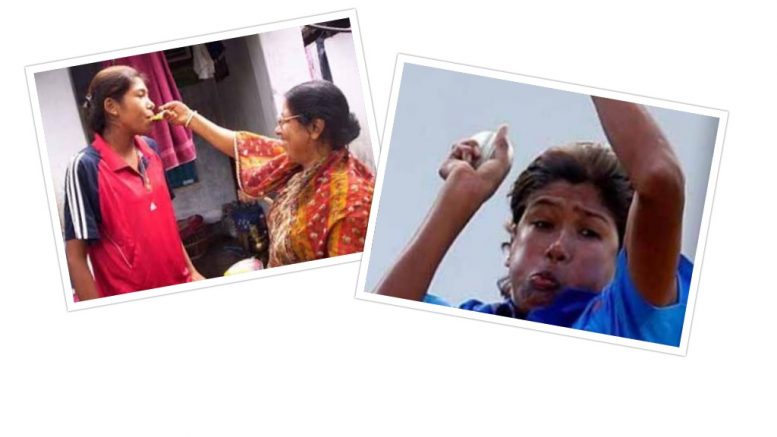 The historical moment came today in Potchefstroom for the 34 year old lanky speedster from Chakdaha’s Lalpur, when she took the wicket of South Africa’s Raisibe Ntozakhe.

Apart from 181 ODI wickets, Jhulan has also 40 test match wickets in her kitty which she got from 10 matches.

Jhulan, who made her debut in world cricket in 2002, took 15 years to reach the milestone.

Jhulan and Cathryn Fitzpatrick are closely followed by L.C.Sthalekar of Australia with 146 wickets from 125 matches and N.David of West Indies with 141 wickets from 97 matches.

Jhulan was chosen as the skipper of Indian team in 2008 replacing Mithali Raj and led the country in 25 one day international matches.

Earlier in 2007, she was adjudged by the International Cricket Council as the cricketer of the year.

In 2010 Jhulan was conferred with ARjuna award and two years later with Padmashree award.