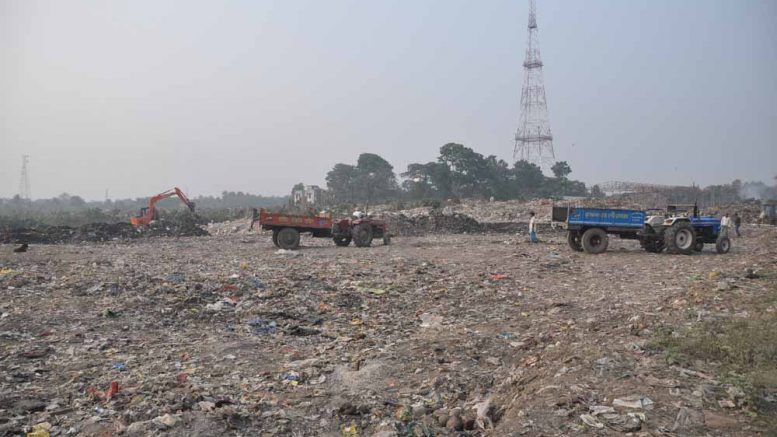 Site at Godadanga in Krishnanagar for proposed Kanyashree University

Krishnanagar, Dec. 10: Bengal’s second exclusive university for women, Kanyanshree University is all set to come up at a 10 acres of land in Godadanga area of Krishnanagar town very soon. The Nadia district administration has identified a piece of 14 acres land where the proposed flagship university for the women will be set up.

The identified land located in Godadanga area at the outskirt of the town is a property of Krishnagar Municipality being used a town’s waste dumping ground until a week ago. The Municipality has offered 10 acres land out of 14 acre land for the project as demanded by education minister Partha Chatterjee.

Municipality Chairman Ashim Kumar Saha, who along with Nadia district magistrate Sumit Gupta visited the land to examine its feasibility, has sent a proposal to Nabanna offering the land free of cost.

Sources at the district administration claimed that if approved, chief minister is expected to lay the foundation stone of this proposed university exclusively for women named after the flagship Kanyashree scheme during her ensuing visit to Krishnagar likely to be held on December 16. During August this year Mamata Banerjee announced about her intention for setting up of ‘Kanyashree University’ under the care of social welfare department. The success of ‘Kanyashree’ scheme for the school and college girls’ prompted her to take the new endeavour.

Education minister Partha Chatterjee later during September announced that the proposed university would be set up in Krishnagar. He also instructed the Nadia administration and Krishnagar Municipality authorities to find out a suitable land for the proposed project.

If the land in Godadanga accepted, this would be the second university in Eastern India exclusively for women after the Diamond Harbour Women’s University set up earlier by the Trinamul Government.

Meanwhile, on November 29, the Kanyashree University bill has been passed in the state assembly to pave the way for construction.

Krishnagar Municipality chairman Ashim Kumar Saha said, “Education Minister Partha Chatterjee had approached us for a suitable land. We have identified 14 acres land of which 10 acres will be required for the university as told by the education minister. We have offered it free of cost. A details proposal in this regard has been sent to Nabanna this week through the District administration”.

Nadia District Magistrate Sumit Gupta said, “The identification of land has been done. I have also visited the land located at the outskirt of the town and found it as an ideal place for the university. We are hopeful to get the final nod soon”.

The identified road located on Krishnagar-Majhdia road, barely 1km away from the heart of the town is located under ward-5. Until a week ago the land was being used as the solid waste dumping ground of the Municipality. But, since the land was identified for the proposed project, the Municipality authority has stopped dumping waste there.

Chairman Ashim Kumar Saha said, “We used to use the land for solid waste management project. But, now the project will be shifted away. Being hopeful about the nod, we have started cleaning the the ground to prepare it for the project”.

Chairman Ashim Kumar Saha said, “This is a great initiative of the state government and Krishnagar Municipality would be proud to be associated with it. Once the university is constructed, it would help a large section of women in Krishnagar and Tehatta sub division and from Murshidabad district who find it difficult to go Calcutta or Kalyani for post graduation and doctoral studies”.