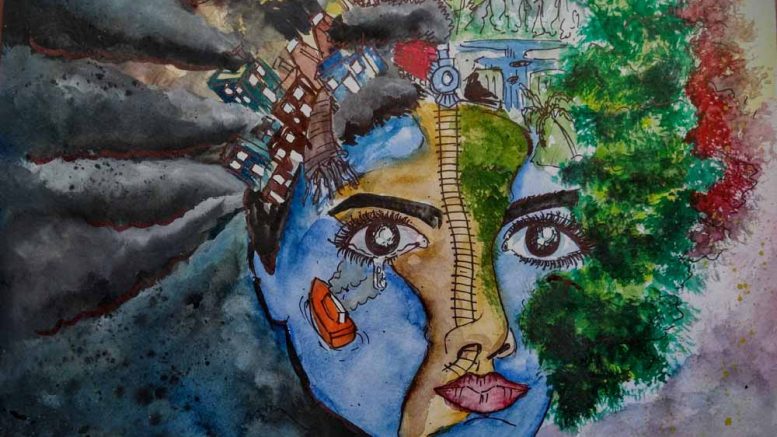 The Earth day is being celebrated to demonstrate support for environmental protection since 1970. On April 22, 1970, 20 million people that include a huge number of students took to the streets in the US to protest against environmental degradation. The protest walk was triggered by the 1969 Santa Barbara Channel oil spill and pollution of rivers. Later In 2009, the United Nations designated April 22 as ‘International Mother Earth Day. For the last fifty years, the earth day has been playing an important role in ensuring protection to the environment that also led to the landmark Paris Agreement on the 2016 edition of Earth Day bringing 200 countries together to set a common target to reduce global greenhouse emissions.

Owing to the nationwide lockdown for Covid, the students of KPS with limited opportunities celebrated the day virtually under the guidance of headmistress Indrani Bhattacharyya. nature. The posters were shared on the social media platform of the school. They also had an online group discussion on the need for conservation of mother earth and shared their posters on the subject, school sources told  NfN.

Speaking on the initiative of the students Indrani Bhattacharyya said, “It is good that the students have realized the importance of the day. They shared many new ideas in their endeavor to protect the environment”.

“The students also took to an essay writing activity on the sustainability of the earth and expressed several interesting thoughts on the issue. They not only shared their concerns but at the same time written about their commitments to the cause”, she added further.

Jonaki Gupta, a senior teacher who teaches English, said, “The students also vowed to raise voice for 3Rs, RESPECT all living creatures, RESTRICT unnecessary human activities that cause harm to the environment and to RECONNECT with nature. This is a very sincere approach”.

A student of class XII said, “This is high time we should act decisively to protect the earth from any threat”.

Principal Sankar Prasad Dutta said, “Everybody should come up with strong endeavor to overcome the crisis the earth has been facing owing to our negligence”.