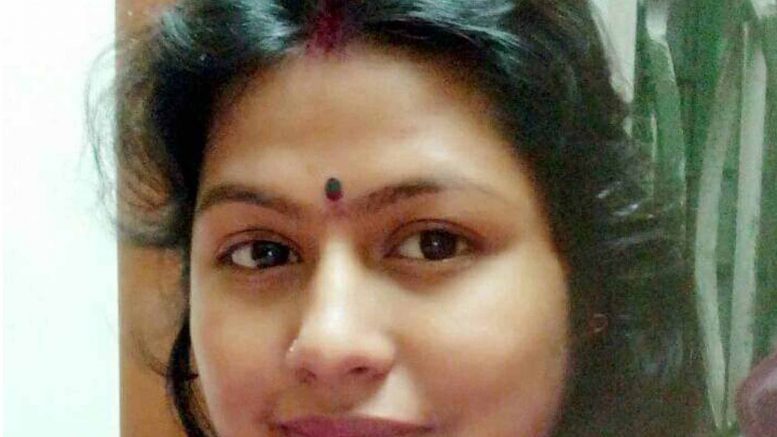 Krishnanagar, Aug. 6: Ananya Das Mandal (30), a lady officer of the Postal department drowned in a swimming pool, run by the Nadia administration, almost unnoticed during a practice session on Tuesday evening in Krishnanagar town.

The incident occurred at about 7 pm, a little after the deceased, wife of a customs officer, got into the pool after her day’s work for practice on her way to return home in Nabadwip. Sources said, the pool was packed with trainees when Ananya begun practicing.

The deceased officer, who joined the swimming session three months ago, was a resident of Tamaltala lane in Nabadwip and attached to the office of the Superintendent of Post, Krishnanagar Circle.

Sources said, at around 8 pm, some officials of Nadia administration who also went fot swimming had noticed Ananya floating on the pool. She was rushed to the District Hospital in Saktinagar where doctors declared her dead.

Sabyasachi Mandal, husband of the deceased has alleged a possible ‘foul play’ behind the mysterious death.

He has lodged a complaint with the officer in charge of Krishnanagar police station and urged him to find out how she died.

“It is a great mystery to me..the hospital authority has no record about the persons who brought her for treatment”, Mandal said.

Shyamal Das, maternal uncle of the deceased said, “So far we could not understand how she drowned. We found no official at the pool to answer us nor even did we find anybody of the administration at the hospital. It still remained a mystery to us that how in the presence of trainers and other people a trainee could die in such a way”.

Nadia SP Zafar Ajmal Kidwai said, “It could not be immediately ascertained how the woman had drowned. The reason behind death can only be ascertained only after the post mortem”.

Colleagues said that Ananya got married a few months ago with customs officer Sabyasachi Mandal. Prior to her joining in Krishnanagar, Ananya was posted at the Nabadwip post office as an officer.

An officer of Nadia administration said, “The deceased woman was a learner. It appears that she might jump into a deep pool instead of a shallower one, which is actually meant for learners”.

However, family members have raised doubts about this claim. “It is really hard to believe that a woman could die in this way almost left uncared for even in presence of trainers and many other people in the pool”, Ananya’s husband Sabyasachi said.