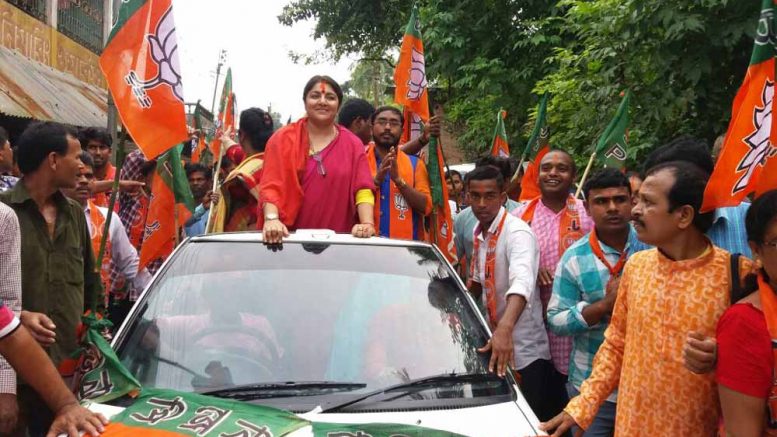 Locket Chattopadhyay during a road show in Cooper's Camp on Friday

Cooper’s Camp, Aug. 4: Bengal BJP’s women’s wing chief Locket Chattopadhyay today accused the ruling Trinamul Congress of unleashing terror in Cooper’s Camp area before the ensuing Municipality elections in the town. The actor turned politician who today took part in a road show organized by the party’s Nadia district committee said: “The Trinamul have become afraid of the rapidly growing support base of the BJP and started threatening the party candidates to kill them and the party supporters as well in the town so that they do not turn up to campaign for the party and appear in the polling station on the day of the voting, But, they would not be able to suppress us in this way. People have Bengal have now one natural alternative which is BJP and the days are not far away when the party would come to power on people’s mandate”. The BJP leader today interacted with the people in the town along with the party candidates in the 11 wards. (Picture by Tito Chakraborty)