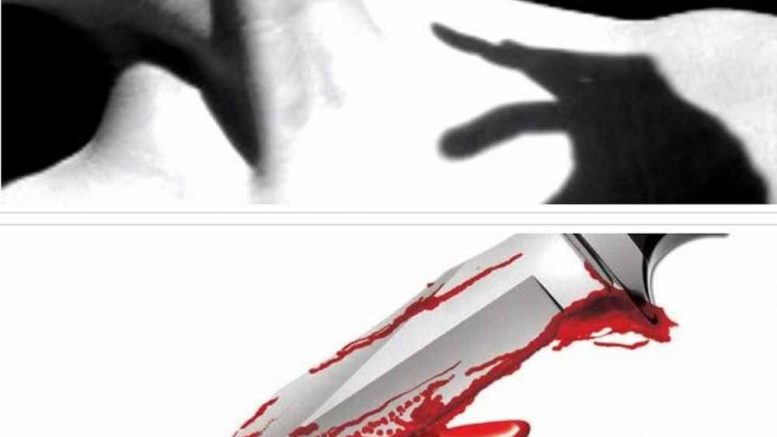 Krishnanagar, Aug. 4: In two separate incidents which occurred in Hanshkhali today a man and a woman killed their sons to satisfy their obsession for addiction and love. While a young tribal widow from Gajna village allegedly killed her toddler son only to satisfy her new found male love on the other hand an elderly man stabbed his young son to death because he raised objection to his drinking habit.

The Hanshkhali police have arrested the woman Jharna Sardar of Gajna Durlabhpur, but the elderly accused Golok Biswas (55) who stabbed his son Bipul managed to flee eluding the police net.

Police said that Jharna throttled her one and half year old son to death because her few love, Bhisma, a youth from Sunderban, never liked the baby born out of her first marriage.

Sources said that Jharna got married to Rabi Rajwar two years ago in Santipur. But Rabi died due to electrocution within few months. Jharna was carrying a child during the time. She returned to her paternal house in Gajna about two years ago after death of her husband and delivered a child there. Jharna recently developed an affair with Bhisma Sardar, a youth from South 24parganas. A local said: “Bhisma recently started living with Jharna. But he never liked the toddler for which they used to get involved into altercation. Yesterday after a similar trouble, Jharna throttled the baby and poured kerosene into his face. The child died instantly”. Today the locals became suspicious finding the child death and informed police, who arrested Jharna.

In the other incident elderly Golok Biswas stabbed his son Bipul to death when he tried to resist him from beating his mother in inebriated condition. Bipuls was first rushed to a local rural health centre from where he was taken to Saktinagar district hospital, but the doctors pronounced him brought dead. Golok, however, managed to escape. Police have started a murder case.