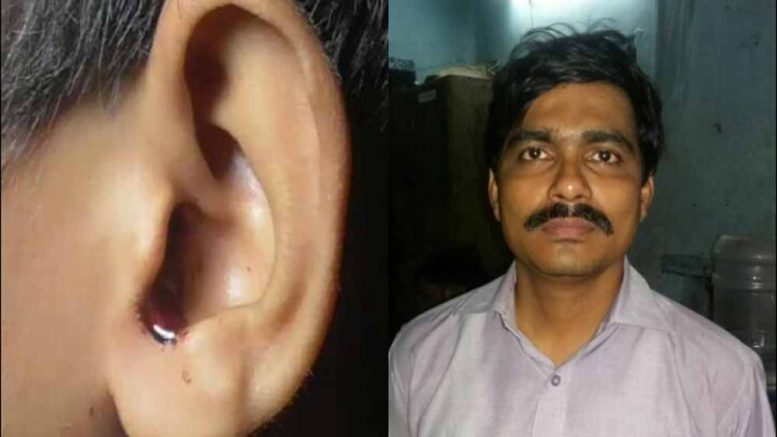 Ranaghat, Aug. 3: Head master of a Ranaghat based high school was arrested today allegedly for beating a class ten boy in the class room yesterday that led him fell unconscious with profuse bleeding from an ear.

The injured student identified as Pradip Mandal (15), a resident of Cooper’s camp, was rushed to Ranaghat sub divisional hospital from where he was later transferred to Jawharlal Nehru Memorial hospital in Kalyani since his condition deteriorated.

The incident occurred on Wednesday afternoon at the school when the boy arrived at there to appear in a class test after abstaining a week due to illness.

The accused headmaster Bhaskar Biswas attached to Nasra Boys’ High School was arrested from his house in Birnagar on the basis of a complaint lodged by the father of the injured student. The head master was produced before the additional chief judicial magistrate’s court in Ranaghat today which ordered 14 day’s jail custody for him.

Nadia police superintendant Sheesh Ram Jhajharia said: “We have arrested the head master on the basis of the FIR and started a case against him for causing hurt on the boy voluntarily (325) as well as for attempting culpable homicide (308) and abetting (109) the crime”.

Accused head teacher Bhaskar Biswas, however, rubbished the allegation. “I just admonished him with a casual slap as the boy used to abstain classes habitually. There was no bad intention to injure him. It was accidental and unintended for which I am pained too”.

Sources said that trouble began for Pradip yesterday afternoon when he appeared in the class room to write in the scheduled class test on Bengali.

The boy who was absent for about a week due to illness, first forbidden by class teacher Pratap Biswas, who asked him to obtain special permission from head master Bhaskar Biswas to appear in the test. But despite Pradip’s earnest request head master Bhaskar Biswas not just refused to allow him to appear in the test, rather started beating him mercilessly by pulling his ear and hair that led him to fell unconscious with bleeding from air.

Pradip’s father Jaynata Mandal, a painter by profession said: “The head master slapped my son on his face, ears repeatedly. He also pulled his left ear so strong that it started bleeding from inside. I was later rushed to the school being called over phone and found my son lying unconscious. A quack called by the school was putting some cotton into my son’s ear without knowing much what happened to him actually. I took him to Ranaghat sub divisional hospital, but the doctor transferred him to JNM Hospital in Kalyani as his condition was not good”.

“My son has been suffering due to malnutrition for long. He is very feeble and often fell ill for which he used to abstain classes in every month. However, he is very studious and tries best sincerely as far as possible. The head master and other teachrs of the school know well about his physical condition. But, I was shocked that despite knowing this how the head master acted so inhumanly with my son. I was very pained to lodge complaint against him”, said boy’s mother Moni Mandal.

A doctor who attended the injured student at JNM Hospital said: “A vein inside the left ear has been ruptured due to pulling that caused the bleeding. We have advised a CT scanning to examine if there is other injury inside and kept the boy under observation”.