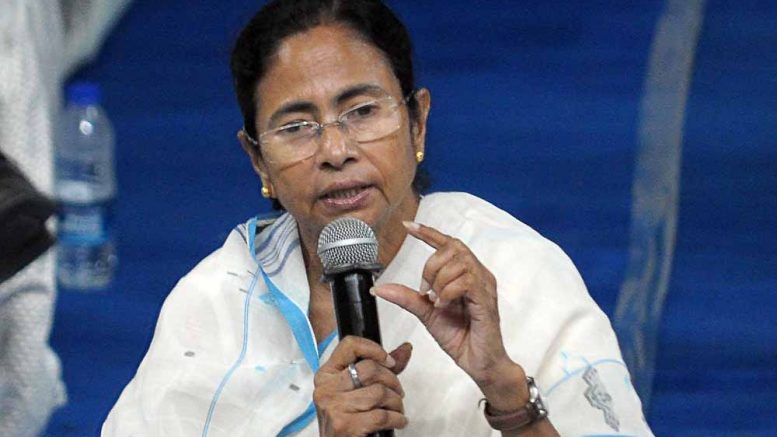 Kolkata, April 27: Chief Minister Mamata Banerjee on Wednesday slammed the Superintendent of police of Ranaghat Sayak Das and his team for the alleged gang rape and murder of a minor girl in Hanshkhali that has caused sheer embarrassment to the state government.

Visibly under pressure for the bizarre incident that conveyed a negative message about the law and order situation apart from the security of women, Mamata in categorical terms blamed Ranaghat SP Sayak Das for his “negligence” and “information failure” as well.

At the same time, she also blamed the officer in charge of Hanskhali police station for his inaction while terming both Das and the OC Mukunda Chakraborty “guilt” for the Hanshkhali incident that has questioned about her government’s credibility about law and order situation in the state. On April 4 the victim girl was allegedly raped by local Trianamul Congress leader Samaredra Gayali’s son Brajo alias Sohail and his friends at his home during a birthday party. The girl returned home while bleeding excessively and died without treatment the next morning. Knowing about the demise of the girl the Samarendra used his political clout and engaged his aides who took away the body of the victim forcibly and cremated it at an unauthorized crematorium in the village apparently to destroy evidence of the crime committed by his son and his friends.

The victims’s parents, who were allegedly under threat, lodged a police complaint on April 9, five days after the incident. Local sources said, police was aware about the incident but bothered little to act up the incident on suo moto basis. The Kolkata High Court later responding to a PIL directed a CBI probe into the incident adding embarrassment to the state government.

“Why the government should face embarrassment for your negligence?” an angry Mamata asked Ranaghat SP Sayak Das at Nabanna during an administrative meeting with the DMs and SPs that was held through video conferencing.

While interacting with the officials of the Ranaghat police district, she said, “Why did the Hanshkhali incident occur? Why did not you collect information properly? You don’t have any source network…Why did you take 3 to 4 days to collect information…and why the concerned family did not contact the police…?”. Unless you look into these cases seriously at the local level, there is no need for SP and ICs at all, she said angrily.

Chief Minister continued to lash on Das, saying “Hanskhali is your area…So you are guilty of the incident. I mean you had no proper information. That is why I am saying it as your negligence. Guilty means negligence was on your part and that of ICs”, she added.

“Why the IC did not take action at the right time? Don’t you keep any record about the dead bodies, where those being cremated…how many of those are natural and unnatural death? You should have this information”, she added

Later while advocating the damage control measures, she asked the police officers to examine the genuineness of the complaint and advised them to open a monitoring cell for the FIRs. “Take care of the FIR but check if it is a genuine one”, she added.

Reiterating that the senior officers have a great role to play in monitoring the everyday development of the police station not just merely sitting at their office, she advised them to make frequent visits to the police station.

“ADG, IG, DIG, CP, SP, ASP should visit the police stations. DIG should not just stay at the headquarter but rather visit the police stations and check the genuineness of the FIRs. There should be a monitoring cell and DG should take care of that”, she told the senior police officials while at the same time advising them to motivate policemen at the subordinate level.