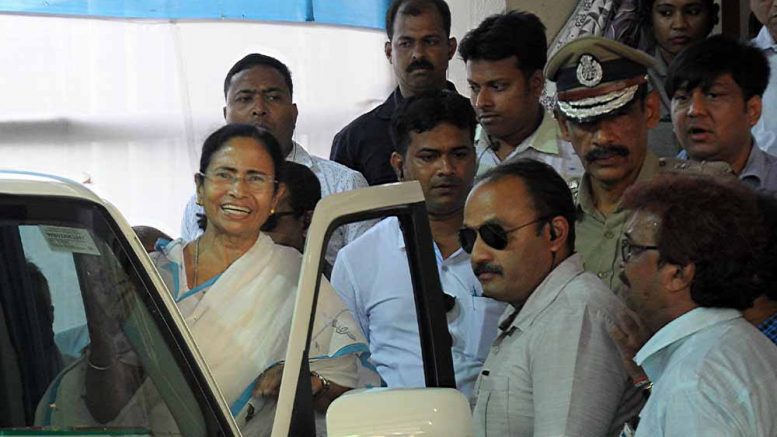 Mamata Banerjee leaving after the meeting. Picture by Pranab Debnath

Krishnanagar, May 5: Chief Minister Mamata Banerjee today in categorical term expressed her discontent over the deteriorating law and order situation in Nadia that recently witnessed a spate of murder, mostly her party workers.

She told the police to act with humanity, but deal the miscreants in ‘rough and tough’ way.

Chief minister lashed out senior police officers including SP Nadia Sheeshram Jhanjharia and DG Surajit Kar Purkayastha for spate of murders, smuggling of cows, trafficking of women. She said: “Nadia is now getting a dubious identify for murder. Outsiders assailants coming to the district to kill on contract and escaping freely. I don’t believe that police have no information”.
She also raised concern as at least five Trinamul supporters were killed recently.

She told the police officials:  “Please try to be vigilant so human trafficking and cattle smuggling can be checked.This is discredit for Nadia district” she said

State Director General of Police Surajit Kar Purakayastha was present in the meeting.