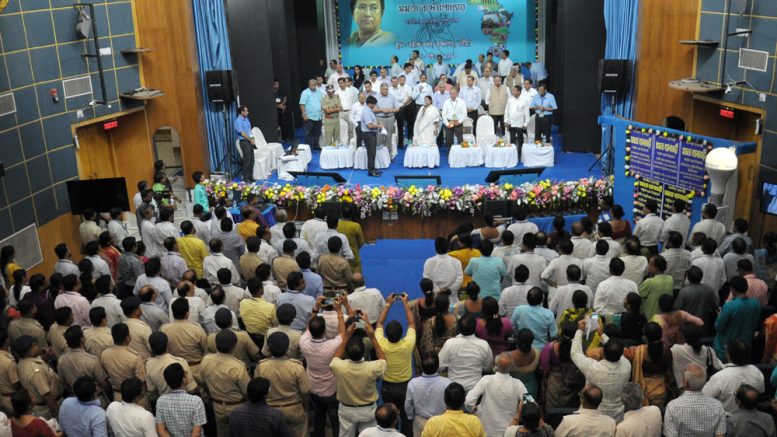 Administrative meeting at the Rabindra Bhawan auditorium in Krishnanagar

Krisnanagar, May 5: In a bid to overcome the crisis of blood at hospitals and blood banks during summer, Chief Minister today proposed to organize blood donation camps in the night. As organizing blood donation camps become tough in day time due to scorching temperature, the Chief Minister proposed overcome the difficulties by organizing such camps between 8pm and 11pm, preferably at a venue like big community halls with air conditioning facility, if possible.

To begin with the initiative, she has directed chairman of Krisnanagar and Ranaghat Municipality – Ashim Kumar Saha and Parthasarathi Chatterer to organize such night camps on May 20, which also marks Trinamul’s first coming to power in 2011.

She also proposed Director General of police Surajit Kar Purkayastha to organize such night camps in at least 400 police stations out of 480 and to encourage at least 50 officials attached to the police station to donate blood.

Mamata Banerjee said: “We have an annual requirement of 9lakh pouches of blood, which we collect organizing camps. But during summer a deficiency occurs as organizing donation camps becomes difficult. So I think this problem can be overcome if we can organize blood donation camps during night.”

She directed Nadia Chief medical officer of health Tapas Roy to provide medical team to the organizers of such blood donation camps and also directed SP Nadia Sheeshram Jhanjharia to arrange security measures for the donor who would be returning home late in night.