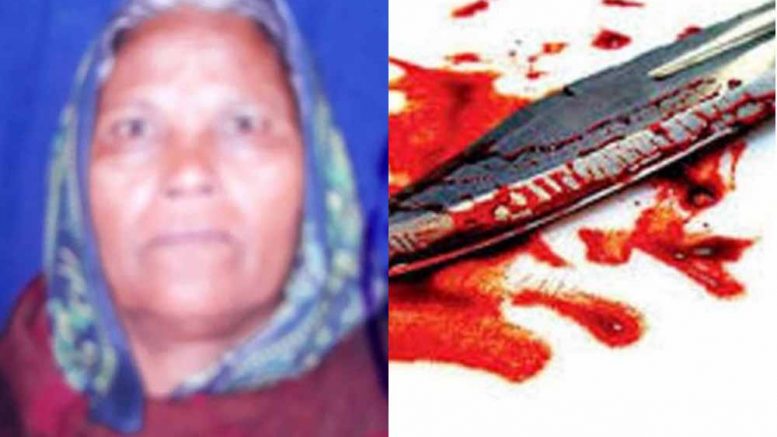 Thanarpara, Dec. 24: Asma Biwi (65) was hacked to death by her younger son Mustafa Mandal (45), at her home following a tiff over share of property in Nadia’s Dogachi-Pagalpara village on Sunday morning. Police said, Mustafa, a farm labour by profession, had first hacked her mother Asma Biwi with a hasua during an altercation, killing her on the spot. He later attacked his elder brother Alahamdu Mandal (49) when he tried to resist him. Mustafa fled after a seriously injured Alahamdu raised an alarm. Locals rushed him to Berhampur medical college hospital. Police have started a suo moto murder case against Mustafa. The incident unleashed a panic among the locals in the morning.