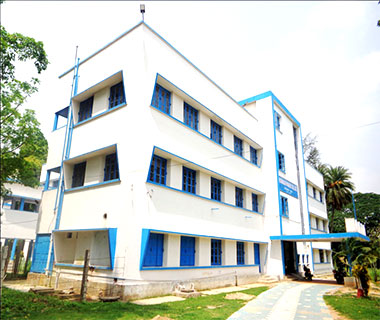 Krishnanagar, July 7: Principal of Krishnagar Women’s College professor Manabi Bandopadhyay unlocked the staff room of the college at about 8pm on Saturday night, 30 hours after she locked it finding no teacher inside on Friday afternoon. The 20 teachers of the college was absent at the college on Friday as they went to meet Nadia DM to submit a reputation to him against the principal. The teachers protesting locking of the staff room waited for 30 hours in front of the staff room and also took normal classes without signing the attendance tegister on Saturday. The impasse was resolved after Nadia district magistrate Sumit Gupta sent Krishnagar sadar sub divisional officer  Amlan Talukdar to talk to the erring teachers and principal. “We did not submit any written appeal to the principal as she sought. She opened the doors as advised by the administration. However, there are many we raised about the principal’s functioning which remained unresolved”, said professor Gourdas Adhikari.Principal Manabi Bandopadhyay said, “I had a talk with the SDO after which the staff room was unlocked. We have taken certain decisions and the room was opened only after that. I will not make any compromise with discipline”. Professor Manabi Bandopadhyay is the first transgender principal of any state run college in the country, who joined Krishnanagar Women’s College during 2015.