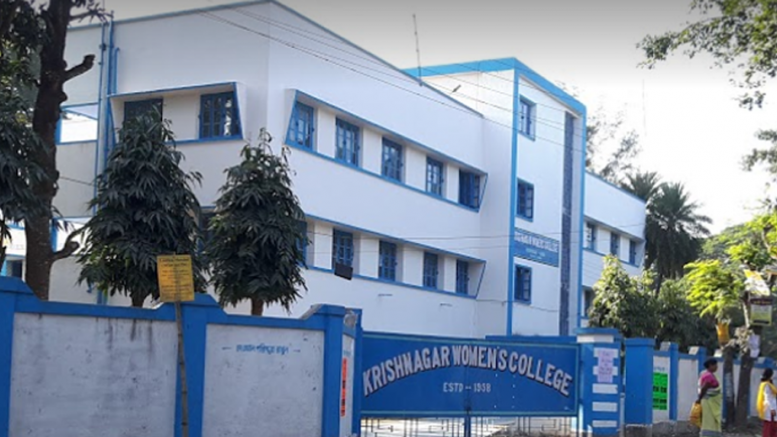 Krishnagar, June 5: First transgender Principal of the country Professor Manabi Bandopadhyay, attached to Krishnagar Women’s College in Nadia was replaced on Tuesday with her colleague Professor Bijali Bhattacharya as the “Teacher-in-Charge” as she has been absenting duties since May 12. The district administration, however, did not clarify whether Principal Professor Bandopadhyay is on ‘Unauthorized’ leave on approved leave.

Sources in the district administration said, that the decision has been taken so that second year’s examinations of different faculties scheduled to begin from June 6 may be conducted without any hassle.

Meanwhile, the replacement of Professor Bandopadhyay in other term paved way for 21 teachers of the college to resume their normal duties after 24 days who have been observing a cease work demanding Professor Bandopadhyay’s removal to get rid of her alleged autocratic behavior and harassment.

Professor Sudarshan Bardhan, an agitating teacher said, “It is a good decision by the administration for sake of the students as well as for the college as a whole. Hope the state government would not bring her back to college and help to develop a conducive atmosphere for study in the campus”.

as per the instructions of the state higher education department and as per the provisions of the university’s statute. “There has been an absolute break down of college administration which has been seriously hampering the regular functioning of the college and students were suffering seriously. As the examination set to begin, we have no alternative but to make an immediate arrangement to restore normalcy for sake of the students during their scheduled examination”, an officer of the Kalyani University said. In last week a group of students met the officials of the district administration and urged them for taking immediate measure so that they could appear in the examination as well as admission process for new students could commence. Sources in district administration said that after this the newly appointed District Magistrate Pawan Kadiyan directed the officials to find out a way to restore normalcy in the college.

Newly appointed teacher in charge Professor Bijali Bhattacharya, a teacher in English literature said, “My first objective is to restore normalcy and to bring back an atmosphere conducive for study. I will try my best to come up to expectations of the teachers, staff and the students with their support and cooperation”.