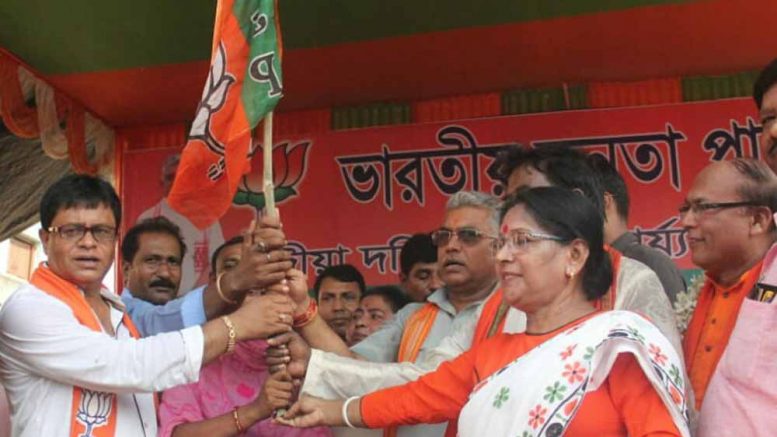 Ranaghat, June 6: State BJP president and party MP Dilip Ghosh on Thursday claimed that many Trinamul leaders and activists who did not allow people to cast votes in gram panchayat poll last year as per instructions of party leadership, are now repentant and joining BJP to bring the real change in the state.

Ghosh claimed that the BJP never invited them, but will not raise any objection to their entry to the party unless any major differences in principle become evident. “Change in thought and party are part of democracy. However, we would check their credibility before including them to our party”, he claimed.

Around three thousand party workers from Trinamul Congress, CPM and Congress joined BJP in Ranaghat on Thursday. Ghosh handed over party flags to the new entrants.

Speaking about the initiative of enrolling activists of other political parties, particularly of Trinamul Congress to BJP, Ghosh said, “A large number of Trinamul workers who did not allow people to vote in gram panchayat elections complying party instruction off late realized that it was big mistake on their part. They are repentant of their acts and realized that the results in the panchayat poll did not reflect people’s mandate. So many of them decided to quit Trinamul and join BJP”.