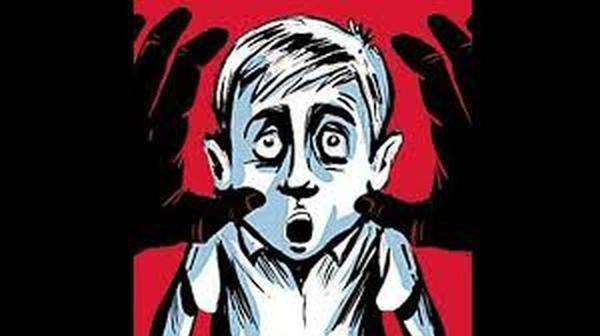 NAKASHIPARA, June 15: Police arrested three minor boys including two school going boys from Nadia’s Nakashipara allegedly for stripping a 37 year old mentally unstable person,  video graphing the entire episode and making the video viral through a mobile based messaging service. A 30 year old mobile phone repairing shop owner was also arrested by police as he allegedly helped the boys to download the video from their phone and for making it viral.

The victim is a farm hand by profession and father of two minor girls.

The incident that occurred on Tuesday afternoon came to light on Thursday evening when the victim’s wife, lodged a complaint at the Nakashipara police station.

Police acted with alacrity and arrested all the four accused soon within hours, ruling out demand of a section of villagers to release the accused being minor.

Out of the three minors, two are students. One of whom aged 14, a student of class seven while the other aged 16 is a student of class nine in Chinchuria area of Nakashipara. The other minor aged 18 is a toto operator who allegedly photographed the entire episode, while the two other made fun of the victim forcing him to run for his “lungi” and “gamcha” and beating him with his slipper during his chase.

The three minor were today produced before a Juvenile court where as accused mobile shop owner Rafiq Seikh was produced before the additional district and session judge’s court in Krishnanagar which order ten days jail custody for him.

Police have charged the accused under section 67 of IT act 2000 for transmitting obscene material in electronic form as well as for physical assault with intent to dishonor the victim, causing hurt, conspiracy and for wrongful restraint.

A senior police officer said, “We have arrested all the accused. We are trying to find out if the accused persons had any enmity with the victim”.

Police said on Tuesday afternoon the three accused dragged the victim to an isolated farmland when he was returning home through Chinchuria village. They allegedly stripped when one of them videographed the entire episode which was later taken to Rafiq who helped them to make it viral through a messaging service.

The victim said, “They dragged me inside an orchard and started stripping me by force. They removed my lungi and took away gamcha too. I tried to resist them, but they beaten up me continuously. I pleaded to allow me to return my lungi, but they made fun of me forcing me run for it being nude. One of them took my photographs using his cell phone. I pleaded to spare me humiliation but they continued until I gave up chasing them”.

His wife, who lodged the complaint after a neighboring appraised her of the incident after the video went viral said, “My husband is a simple man with sheer innocence. He has some mental problem for which people often make his fun. But I never imagined that three boys of such tender age could act so barbaric. I would urge the police not to spare them because they are minors”.

The incident has sparked tension as police picket posted in Chinchuria village as angry locals from victim’s village gheraowed houses of the accused boys.