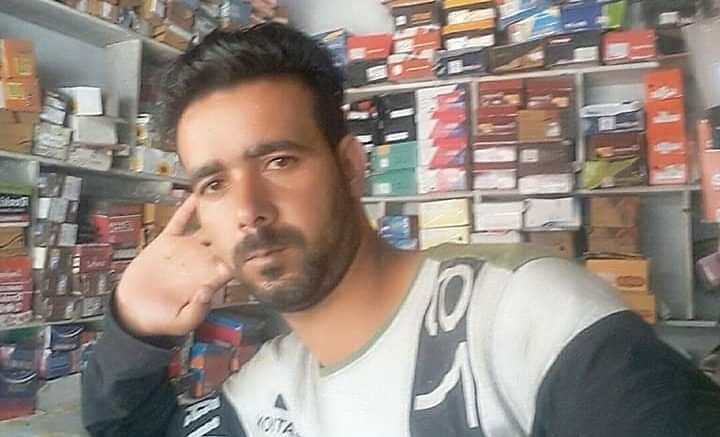 Taherpur, Feb. 20: In an incident that apparently caused sheer embarrassment to the West Bengal Government, a Kashimiri shawl seller was ruthlessly beaten up by a violent mob in Nadia’s Taherpur for his alleged inflammatory comment on the Pulwama terrorist attack on CRPF convoy in last week. The incident came as a shock to chief minister Mamata Banerjee who reiterated that the Kashmiri people are safe in the state.

The incident came to light after a purported video showing the Kashimiri youth being assaulted by the mob gone viral in Kashmir and reported by a news portal in Kashmir prompting chief minister Mamata Banerjee to hold a news conference accusing the BJP-RSS-VHP combine of fomenting tension in the state misusing Pulwama as an excuse. A police team, however, being informed by some local residents rushed to the spot and rescued the duo. Police took them to Taherpur police station, around 1km away. To ensure their safety further police later in the night put them to a Sealdah bound train so that they could take shelter among other Kashmiri shawl sellers in Calcutta.

An officer of Taherpur police said, “There was serious tension in the area and we apprehended fresh attacks on him. So as he wished we helped him to leave the town and escorted to rail station until he boarded a train”.

Prior to this Javed was given primary medical aids as he was bleeding from nose being punched by some youths in the mob.

Sources said, at least three other Kashmiri shawl sellers who also live in the town left Taherpur with them on the same night. However, Javed refused to lodge any complaint despite advised by police officials.

The police, however, did not bother to start case any case until Wednesday morning since a video of the assault made viral showing a bleeding Javed causing much embarrassment to the police.

“We have started a case on suo moto basis…and identified the persons. So far five person have been arrested in connection with the alleged assault. We gave also detained some youths for interrogation”, Nadia superintendent of police Rupesh Kumar said.

Sources said, trouble began apparently after Javed made some remarks allegedly glorifying Pakistan after the terrorist attack in Pulwama.

This correspondent, however, could not confirm the authenticity of that post. The links which were shared appeared to be removed when tried to access on Wednesday evening.

A local resident who stays close to the spot said, “There was a major hue and cry in the locality since the comments of the Kashmiri youth came to notice by some local residents. The inflammatory comments created frenzy. This was spontaneous reaction. At about 8pm a mob of about twenty went to the sale counter of the Kashmiri youths that followed an altercation. Later I heard that the locals sought an explanation from the Kashmiri youth and asked to apologize and to say Jai Hind. But, he refused ….when some youths slapped them. But, police arrived there in time and rescued him”.

This correspondent could not contact the Kashmiri youth assaulted on the spot. However, a video that went viral shows that a bleeding youth being abused by a mob and asking him to utter ‘Vande Mataram’.

“Hving seen the video doing the rounds on social media of a young Kashmiri man being beaten up in Kolkata I’ve been in touch with @derekobrienmp & @MamataOfficial regarding the matter. The culprits have been identified & strongest possible action has been assured. The young man being beaten has also been contacted by the administration & is being looked after. Am grateful for the swift response @MamataOfficial didi” – Omar Abdullah’s Tweet

Later while leaving Nabanna on Wednesday evening chief minister Mamata Banerjee responding to a question on the alleged attack, said, “Only one incident has occurred…. We have taken strong action and have provided all the security… Kashmiris have said that they are happy to stay here because it is a peaceful place.

“We should see unfortunate incidents are not repeated. So why is the ruling dispensation going out of its way to divide?” she further said.