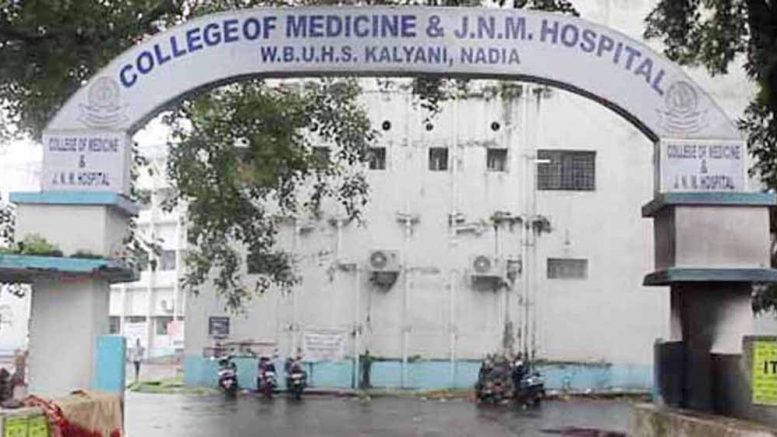 Kalyani, Jan. 2:The outpatient department (OPD) services at Jawaharlal Nehru Memorial hospital in Kalyani were affected today largely due to the 12 hours strike called by the Indian Medical Association (IMA) protesting the medical Bill that seeks to replace the Medical Council of India (MCI), was sent to a Parliamentary Standing Committee amid protests by doctors.

At JNM Hospital, which is a part of Kalyani College of Medicines, the out patient department suffered badly as except in paediatric and dermatology department, no doctors turned up to visit the patients. Important departments like Orthopedic, surgical, general medicine were browser with patients, but there was no doctor.

The diabetic clinic of the hospital remained functional without doctor from where only medicines were given to the patients.

The emergency section of the hospital, however, functioned normally.

Medical superintendent Subikash Biswas said: “Services in some departments were suffered as some doctors did not attend hospital today. However, we tried besy to provide services”.

The hospital authorities today issued tickets to the patients who stood in the queue for consultation at the OPD clinic since early morning, but had to return home after waiting long hours as they did not find any doctors at the concerned departments.

Sukanta halder, who came from Ranaghat to visit a gastroenterologist and to do a ultrasonography test, returnef after waiting about five hours. “The doctor asked me come today, but he did not turn up”.

Kartick biswas, a day labour, who came from Boigula with a bruised leg for surgery, had a difficult time as he had to return without treatment. “I came today hiring an ambulance, but its of no use. I have to hire it for another day”.

Gita Roy of Hanshkhali also had to return without seeing a doctor for her husband.

Services in other hospitals in the district including Saktinagar district hospital in Krishnanagar. however, was unaffected.