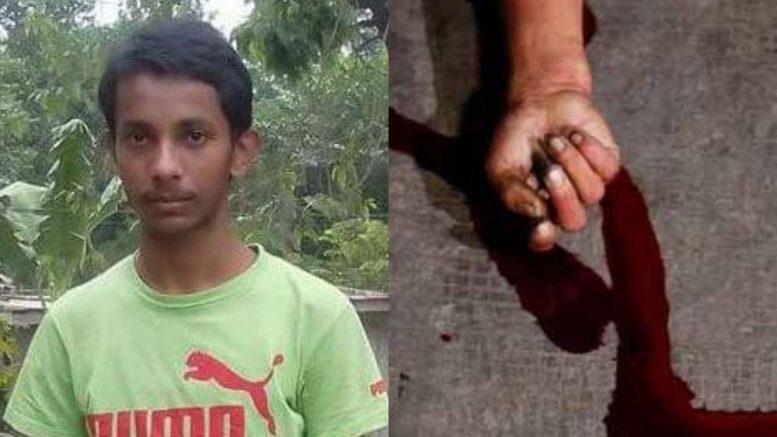 Hanskhali, Jan. 1: A BA second year student, picnicking with friends, was allegedly killed by a group of armed villagers in Kulgachi forest park on Monday evening. The incident occurred when some villagers armed with sharp weapons attacked picnickers from Kulgachi Bazarpara killing one of them at the spot and injured three others.

Ankur Garai (21), a student of Madanmohan Tarkalankar College in Nadia’s Bhimpur was died on the spot as he was hacked by a “bonti”, while three of his friends were critically injured.

Ankur was rushed to Saktinagar district hospital where the doctors declared him dead. Hospital sources said that the deceased youth had deep injury marks on his shoulder and head.

Police said, the murder is fallout of clash that broke out earlier on the day at the forest between the youths of Kulgachi with some other youths from Phulbari area.

Local sources said, the members of the two groups involved into a clash over possession of spot inside the forest park. “It was, however, mutually settled by some locals. But, trouble began again when the Kulgachi youths were taking their food during the afternoon”, said a local resident.

Police sources said, fresh trouble erupted when some senior residents from Phulbari area being summoned by picnicking youths entered inside and suddenly attacked the Kulgachi youths with sharp weapons.

“These men were carrying sharp weapons like Bonti, cutter, sickle in their hands and started hacking the Kulgachi youths at random. Ankur died on the spot while three others were critically injured”, a local resident said.

Police have started a case and detained three persons in connection with the incident.