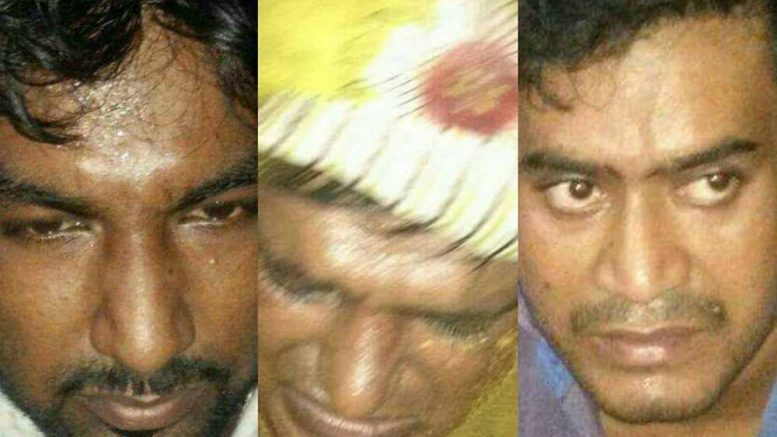 Ranaghat, Oct. 3: Police have arrested three youths and recovered Rupees 43lakhs along with two revolvers barely within an hour they snatched from an employee of corporate cash pick up firm in Nadia’s today afternoon. The police, however, yet to trace out two other miscreants who snatched a bag containing Rupees 11lakhs in a similar incident from owner of a sweet shop in the town when he was going to deposit it to a bank this afternoon.

Police sources said that out of the three arrested youth, one is a Border Security Force constable (84 Battalion), where as another is an contractual worker of Coopers camp municipality.

In the first incident that occurred on Mission gate road near Ranaghat rail station when the three miscreants snatched a bag containing Rupees 45lakhs at gun point from Tanmay Basak (28), an employee of Radiant Finance, when he was going to deposit the money which he collected from various fuel stations earlier in the morning.

The snatched cash included Rupees 32lakhs of Reliance Petroleum, which Tanmay had collected from its Begopara fuel station. Rajib Dutta, official operator of the fuel station said: “We are corporate client of Radiant who collect the cash from us and deposit it to bank on our behalf. Today also an employee of Radiant collected cash as usual. We later came to know that he was attacked by the snatchers”.

The three miscreants identified as Anup Hela (26), Vivekeshwar Mondal (40) and Sujit Pawanadar (26), were following Tanmay closely from behind on a white motorbike and attacked him near Devnath Institution school.

“I slowed down my bike due to a speed breaker when the miscreants hit on my head from back with a dumb object. I fell on the ground and started bleeding. Some local shop owners rushed in to help me, but the miscreants fired two rounds to intimidate them and escaped from the spot snatching the bag containing the cash”, Tanmay said lying under treatment at Ranaghat sub divisional hospital.

Based on the information provided by the local shop owners who witnessed the incident and examining some CCTV footage, police flung into action and arrested three miscreants along with the arms from a hideout in Nokari.

Nadia police superintendent Sheesh Ram Jhajharia said: “We have arrested three miscreants and the money has been recovered. The miscreants are being interrogated at present”.

Police sources said that Vivekeshwar is a BSF constable posted in Orissa who came on vacation. Anup Hela is a contractual worker of Coopers Camp municipality.

In the other incident miscreants snatched Rupees 11lakhs from Tarun Khan, proprietor of Ranaghat Sweets, when he was going to deposit the cast to a bank. The miscreants thrown chili powder on his eyes and decamped with his