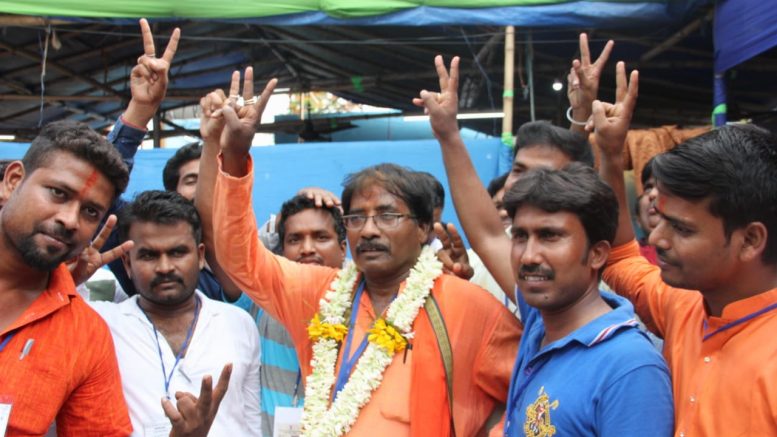 Krishnanagar, May 23: A party that even in the Lok Sabha elections could not appoint agents at a large number of polling stations across the state owing to its poor organizational strength, unleashed a shockwave on Thursday for the ruling Trinamul Congress when it clinched 16 seats and also able to retain 2 seats it won in 2014. Rupali Biswas in Ranaghat on Thursday

message to party supremo Mamata Banerjee that people in her state would prefer to see the saffron part in power in the next assembly elections.

Till the report last came in Congress has been able to retain only the Berhampur seat where sitting MP Adhir Choudhury won again whereas the party lost all the remaining five seats it won in 2014 polls. Mahua Moitra after victory in Krishnanagar

The saffron surge across the state has surprised the Trinamul leadership who, however, attributed the unexpected setback to the declining left vote bank that has clearly shifted toward the BJP.

Preliminary findings suggests that the Left vote share which was around 29% during 2014 had dropped as low as around 6% this time paving the way for good show of the left.

However, a section of the Trinamul leadership claimed that the poor show of the party can only be attributable to the corruption of a section of large section of party leader at local level, their arrogance, internal bickering, erosion in Matua support base and after all denying people to cast their votes in the recently held Panchayat elections.