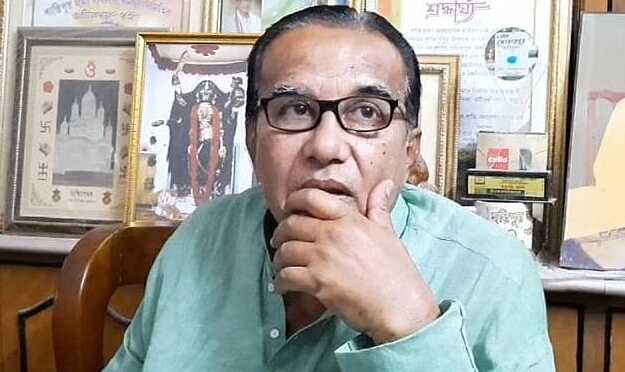 Kolkata, May 21: Senior Trinamul Congress leader and Santipur’s former MLA Ajoy De, 68, died due to Covid19 attack at a private hospital in Kolkata on Friday morning. Five times MLA and former chairman of the local Municipality for about three decades, De fought the recently concluded assembly poll as a Trinamul candidate from his home turf, but lost to BJP candidate Jagannath Sarkar by over 15000 votes.

The elderly leader who was very popular for his generous and humble behaviour had began his political career as a Congress activist. He was elected MLA as Congress nominee from Santipur seat for five times, before joining Trinamul Congress in 2014. He resigned as Congress MLA and retained the seat as a Trinamul candidate in a by election.

De was tested Covid positive during the last week of April and admitted to the city based private hospital. However, his condition continued deteriorating and never improved despite the best efforts by a team of doctors. He could not even attend the venue of counting on May 2. Party sources said that his physical condition turned critical further on Wednesday when he was put under life support system. The end came at about 9.30 Am on Friday.

Some of his family members and political colleagues from the town rushed to Kolkata after the hospital authority announced the news of the leader’s demise. Sources said that the efforts being made to bring the body back to the Santipur town for the last rites complying the Covid safety protocols.

In 2011 Trinamul Congress came to power in the state ending 34 years’ Left Front rule. De like 13 other Congress MLA succumbed to political pressure of the new ruling party. In 2014 he left Congress and resigned as MLA. In the bye election held later in the year, he retained the seat  defeating CPM’s Anup Kumar Ghosh.

However, in 2016 assembly poll, De lost to Congress candidate Arindam Bhattacharya. His political ambition suffered a jolt later when Bhattacharya left Congress and joined Trinamul eventually resulting into a ugly internal bickering in the party. However, Bhattacharya’s joining to BJP further before the 2021 assembly poll paved way for his fresh nomination as Trinamul candidate from Santipur. But, in the fiercely fought election held in April this year, De lost to BJP candiate Jagannath Sarkar. He was tested positive before the counting of votes.