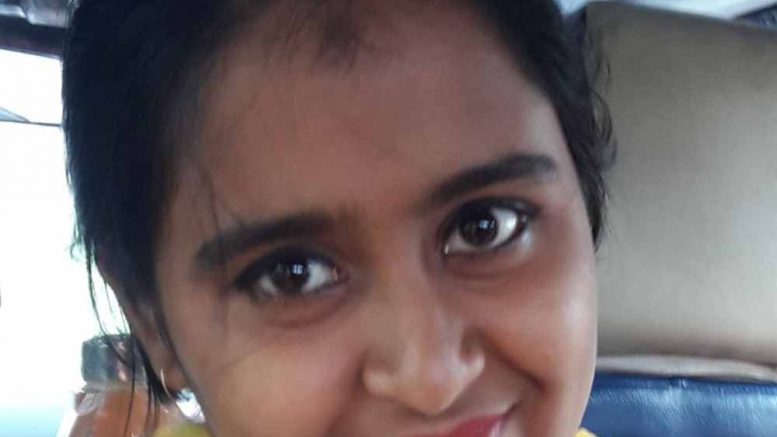 Chakdah, Aug. 20: Police have started a murder case after mutilated decomposed body of a class twelve girl, stuffed in a sack, was recovered from a pond adjacent to Chakdah-Bangaon Expressway in Dhanicha village of Chakdah on Monday evening, around 21km away from her home in Alaipur village.

The victim girl, identified as Barsha Das, a resident of Alaipur village in Chakdah, was a student of Madanpur Kendriya Adarsha Vidyapith, who went missing since she left home for private tuition on Friday evening.

The body was handed over to the family members late on Monday evening after post mortem. The last rites of the deceased were performed later in the evening.

The post mortem indicated that the girl was strangulated to death. There was also several injury marks found on the body of the girl. Her tongue and one of the breasts were found severed, a police officer said. However, the doctors during post mortem could not confirm rape as the body was in a highly decomposed state.

Police suspect that the girl was kidnapped and taken to a secret place where she was killed. The assailants later mutilated her organs of and put her into a sack only to be dumped at the pond.

Police said, some organs were severed from the body which indicates that the assailant killed the girl out of strong vengeance. The sack made of jute was strongly knitted before dumped.

The sleuths, did not rule out possibility of rejection of relationship by the girl that might have led her murder. Local sources claimed that the girl had relationship with more than one youths.

Police have detained a local caterer as prime suspect on the basis of a complaint lodged by the girl’s mother Usha Das.

Nadia’s Superintendent of police Rupesh Kumar said, “We have started investigation. Three youths are being interrogated at present. However, it would be too early to comment on it”.