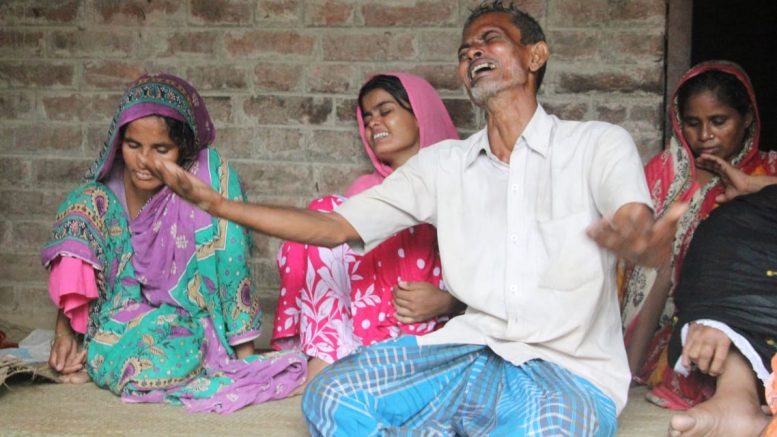 Nakashipara, Aug. 19: A construction labour from Nadia’s Nakashipara died in Kerala due to high fever on Saturday evening as he could not be treated in time being trapped in a house in Karakunnu village near Manjeri town due to flood. Dilwar Hossain Mollick, 19, could only be taken to the local hospital in the town on Saturday afternoon after water level receded.  But, he died barely within five hours at the Government Medical College, Kozhikode.

Dilwar, who was a resident of Choumaha village, and passed higher secondary examination this year, had left home in April to join as labourer in Kerala to help his ailing father as he became incapacitated to work.

The youth caught fever on last Wednesday while being trapped under water and could not be taken to hospital as the roads were inaccessible. On Saturday afternoon, when water level receded, he was first taken to a civic hospital in Manjeri, but was referred to Malappuram district hospital, 30km away. He was later referred to Kozhikode Medical College, located 45km away from Malappuram, where he succumbed a little after admission. The doctors at the hospital said that Dilwar had died due to high fever that resulted in renal failure. The youth was scheduled to return home on Wednesday to celebrate Id-uz-Zoha on August 22 as he told his parents. His colleagues from Nadia in Kozhikode who sent his body in a truck on Sunday said, he would return home on Wednesday as assured all, but in a coffin.

A large number of people from Nadia and adjacent district Murshidabad who work as labourers in several areas in Kerala are trapped there due to flood. Many of the family members of these workers could not so far make contact with them. Dilwar was also incommunicado since Wednesday.

On Saturday evening cousin brother Abdur Rehman Mollick received a call from Dilwar’s mobile, after a gap of three days, made by another cousin Malikul Islam from Kozhikode, who conveyed the bad news.

“We were all worried as we could not contact Dilwar since Thursday. On that he talked to his elder sister Abedun, but never told us about his illness. But, we were surprised when Malikul informed us that he had high fever from Wednesday, which turned serious later. But, they could not take him to hospital as the Karakunnu village where Dilwar staying was under water”, said Abdur Rehman Mollick.

Surman Mandal, a labour contractor from Nakashipara, who accompanied Dilwar to the hospital said, “Karakunnu village was totally under water.

The road was not accessible due to chest level water. The water receded after rain stopped on Friday. Meanwhile, Dilwar’s condition deteriorated. As some basic medication failed, we arranged a folded cot and took him to Manjeri town on a pulling van. He was then taken to Manjeri town hospital. But, the doctors referred him to Malappuram district hospital. He was again referred to Government Medical College, Kozhikode, where he was put to intensive care unit, but died barely within an hour in the evening”.

Surman said, “He was a qualified youth, who compelled to quit study due to poor economic condition of his family. I advised him to quit job of a labour and resume study. But, he refused saying that in that case his parents and sister, would die in starvation”

Family sources in Nakashipara said, Dilwar, a student of Nakashipara high school passed this year’s higher secondary examination with 48% marks. His father Ketan Mollick said, “My son had planned to take an industrial training at any ITI. So I told him to pursue it. But, watching my deteriorating health following tow cardiac attack, he changed mind. He said, unless he works the dream of his sister Jyotsna would also ruin as she would appear HS examination next year. But, His death shattered everything for me”.