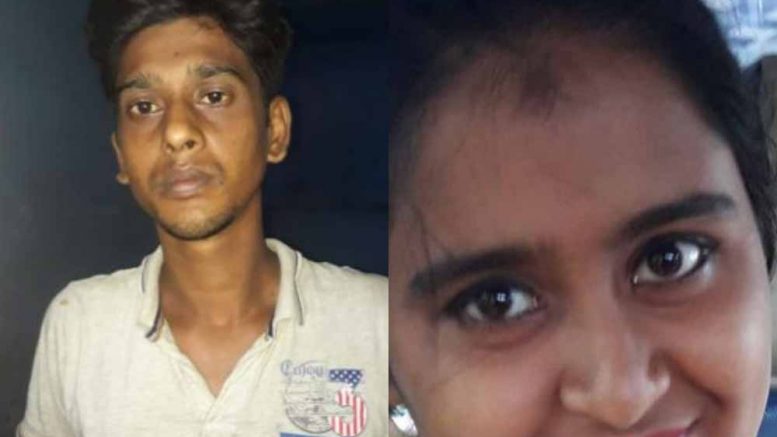 Chakdah, Aug. 23: Police have arrested the husband of a cousin of the 17-year-old class twelve girl, whose mutilated body was found in a pond stuffed in a sack, allegedly for kidnapping and murdering her, as she apparently wanted to come out of an illicit affair that developed with him.

Prime accused, Tarak Ghosh, a vegetable seller and a resident of Bishnupur-Mathurgachi village in Chakdah, was arrested from his home during the wee hours of Wednesday morning. Police have also meanwhile detained two other youths, including the driver of the maruti van that was used to dump the body. Police is also looking for the third accomplice who also helped Tarak to dump the body.

An officer of Chakdah police station, said, the sleuths zeroed on to Tarak after tracking the call records of August 17 of the victim’s mobile phone.

Police said, Tarak has confessed his crime and also acknowledged that he was in a relationship with the girl but she was recently avoiding him. He was produced before additional chief judicial magistrate’s court in Kalyani which ordered 5 days police custody for him.

A senior police officer said, “One person has been arrested in connection with the murder. We suspect involvement of at least two or more persons behind the incident, who would be hopefully be arrested soon”.

The victim went missing on August 17 since she left home for a private coaching in evening. Her body found on three days later in a pond in Dhanicha, 21km away from her home. But, police got the breakthrough on Tuesday night through a tip of by one the victim’s classmate. husband, who would pick up her from Chakdah rail station. Accordingly we examined the girl’s call details and found a number from which several calls were made to the girl’s mobile during August 17 evening. It was Tarak’s number”, an investigating officer said.

“Tarak took the girl to a fare and then to an deserted place in Bishnupur area, where after an altercation he killed her. He then strangulated her and asked one of his accomplices to bring a sack and the other a car. They mutilated the girl’s body and put into a sack which they dumped it in a pond later in the night”, the officer added.

Tarak’s wife said, “I have no idea what my husband has done. However, he was not at home on August 17 night”